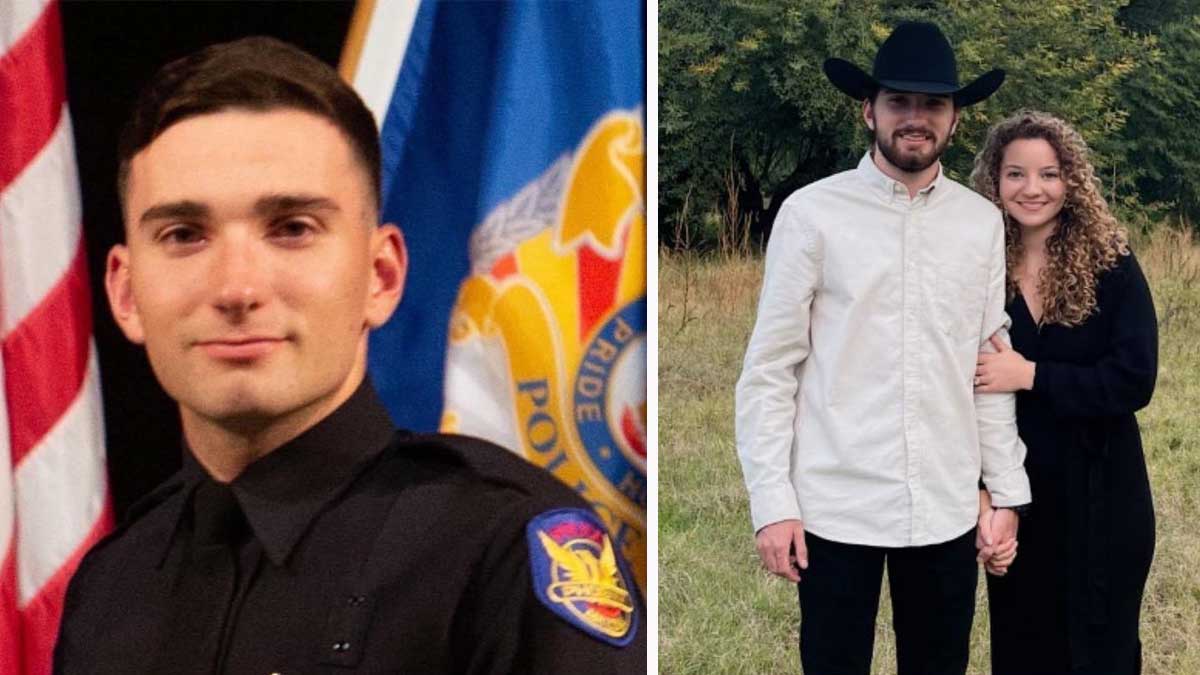 Tyler Moldovan, the Arizona police officer who was shot 8 times in December, has made an incredible step in his recovery.

On Tuesday, his wife Chelsea Moldovan revealed the 22-year-old police officer suffered “extensive neurologic injuries” and remains on a ventilator.

She also shared that her husband “opened his eyes.”

In the early hours of December 14, Officer Moldovan responded to a call about a vehicle driving erratically and “doing donuts” in Phoenix, Arizona.

As the officer conducted a search of an apartment complex, the suspect, 24-year-old Essa Williams hid on the patio of an apartment. He emerged, pulled out a gun, and shot Tyler multiple times.

Local news reported the 22-year-old officer was shot eight times, including once in the head.

He was rushed to the hospital and put on life support.

Since the shooting, his wife has kept friends, family, and supporters informed about Tyler’s condition.

“These past few weeks have been a blur,” Chelsea wrote in her most recent update. “The emotional roller coaster we have all been on has been unimaginable.”

While Chelsea refrained from going into detail about the “severity of Tyler’s condition,” she shared he is considered stable.

Countless people have been praying for the officer and his family since the shooting, and with the help of the doctors, nurses, and staff, Tyler has made great progress.

“We know that Tyler recognizes those around him and responds with facial expressions like smiling. When no one thought he would, he opened his eyes.”

“We hold onto our faith that Tyler will continue to make progress,” Chelsea wrote. “He has been a miracle already and the progress he has made in three weeks alone is marvelous; the impossible is being made possible.”

Williams was arrested and indicted on six felony charges.

Please join me in continuing to pray for Tyler and his family. He needs all the prayers he can get.