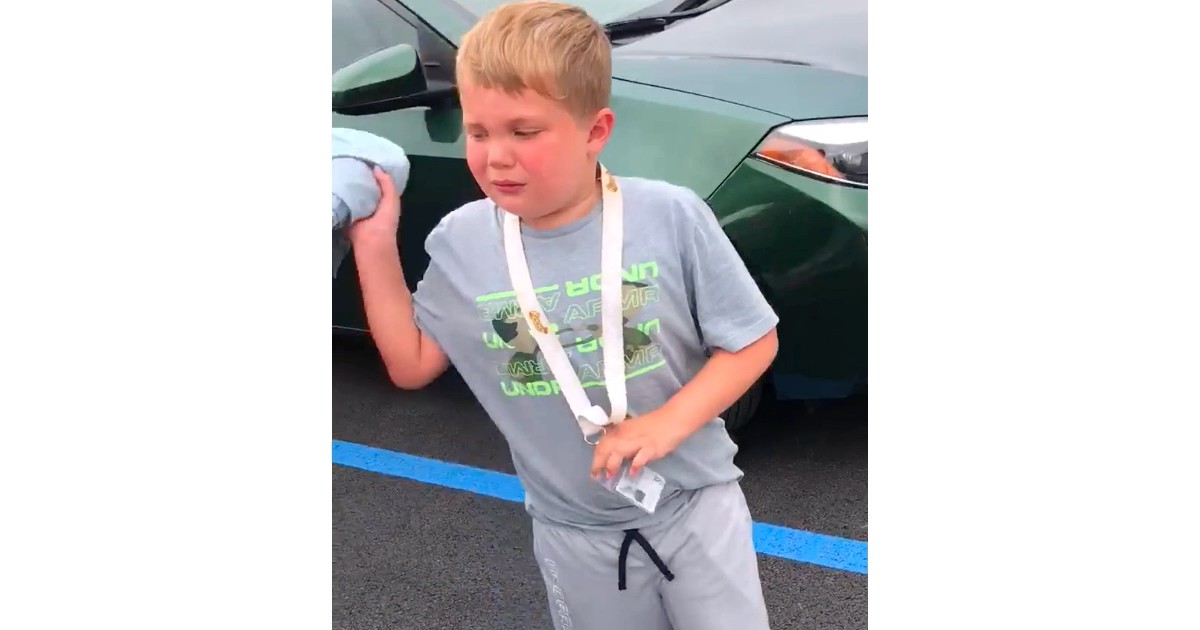 As theme parks across the United States have begun to reopen, the majority have reopened with major changes, one of the most notable being that face masks, with a few exceptions, are for the most part required to be worn.

Pamela Heinbaugh recently went to Hersheypark in Hershey, Pennsylvania with her 9-year-old son, but was turned away at the gate because her son “can’t wear a mask.”

In the video she uploaded to Facebook, Heinbaugh said she and her two sons, one who is autistic and has severe asthma, were denied entry because her autistic son wasn’t wearing a mask.

The issue took her by surprise because she said she had previously been allowed into the park a few days earlier.

Heinbaugh said her family stays in the waterpark area where masks aren’t required, elsewhere in the park face coverings are required for “all guests over the age of 2” in accordance with Governor Tom Wolf’s orders.

“He has severe asthma so he can’t cover his face, and as you can see, he’s autistic so he won’t wear anything on his head,” Heinbaugh said in the video.

Many showed their support for Heinbaugh, and she said she’s since received several hundred messages and many lawyers have reached out if she chooses to pursue legal action.

But she insists that was never her intention.

“He spent all last night with his Hersheypark lanyard on, wanting to go back, and it’s very difficult to explain to him we can’t,” she said.

“We’re not looking for anything but entrance back to the park.”

Hersheypark has since responded to Heinbaugh’s video and allegations that her autistic son was denied entry.

“Our COVID-19 health and safety policy mandates face coverings for all guests and team members and provides an accommodation for those who can’t wear a covering by permitting use of a face shield,” their statement said in part.

The theme park said their rules have been received favorably by the “external autism, disability and accessibility agencies” they work with.

“Our policy is meant to protect the health and safety of all of our guests and team members at Hersheypark. It is being followed by many of our peers in the amusement park industry and is consistent with the Americans with Disabilities Act (ADA), which allows businesses to impose legitimate safety requirements necessary for safe operations when a direct threat, like COVID-19, has been established.”

Mark Davis, President and CEO, Pennsylvania Advocacy and Resources for Autism and Intellectual Disability, said while it’s a tricky situation and often times businesses can’t afford to take it one person at a time, when it comes to someone with a disability that may be what needs to happen.

Do you agree with Hersheypark’s decision?