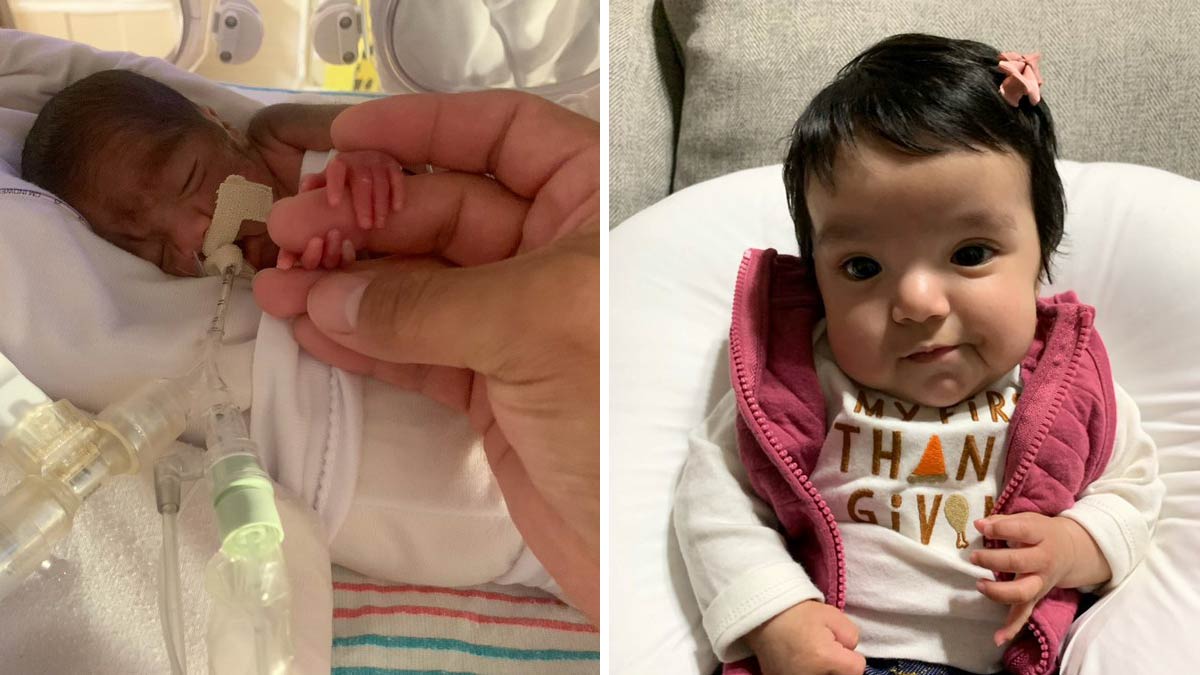 A baby who was born at 22 weeks weighing less than two pounds is being called a miracle.

After more than 112 days in the NICU, Jimena “JC” Macias was discharged from the hospital, just in time to spend the holidays with her family.

Jimena “JC” Macias was due in September, but at the end of April, her mother Juana Gallegos went into labor. She was only 22 weeks pregnant.

Doctors told Juana there was little chance her daughter would survive. She was transferred to Memorial Hermann The Woodlands Medical Center in Shenandoah, Texas.

When Juana gave birth to JC, her daughter weighed 1 lb. 9 oz., and she was only 11 inches long. She was considered a micro-preemie.

JC needed a lot of care and attention for the first several months of her life.

She was on a ventilator and was fed through an IV in her umbilical cord.

“On day one, day two, day 30…I didn’t think it would be possible to spend the holidays together,” Juana said. “God had other plans.”

Despite the statistics against her, JC met all of her milestones and after 112 days in the NICU she was able to go home with her family.

Just in time for Thanksgiving and the holiday season.

Her family is extremely grateful for everyone who helped and continues to help their daughter.

“We see it in a different point of view as grateful, because we wouldn’t experience that if she wasn’t here” said Eduardo Macias, JC’s father.

What a wonderful gift for the holidays! I hope JC continues to meet all of her milestones and brings her family so much joy.

Please share this happy story with your loved ones.