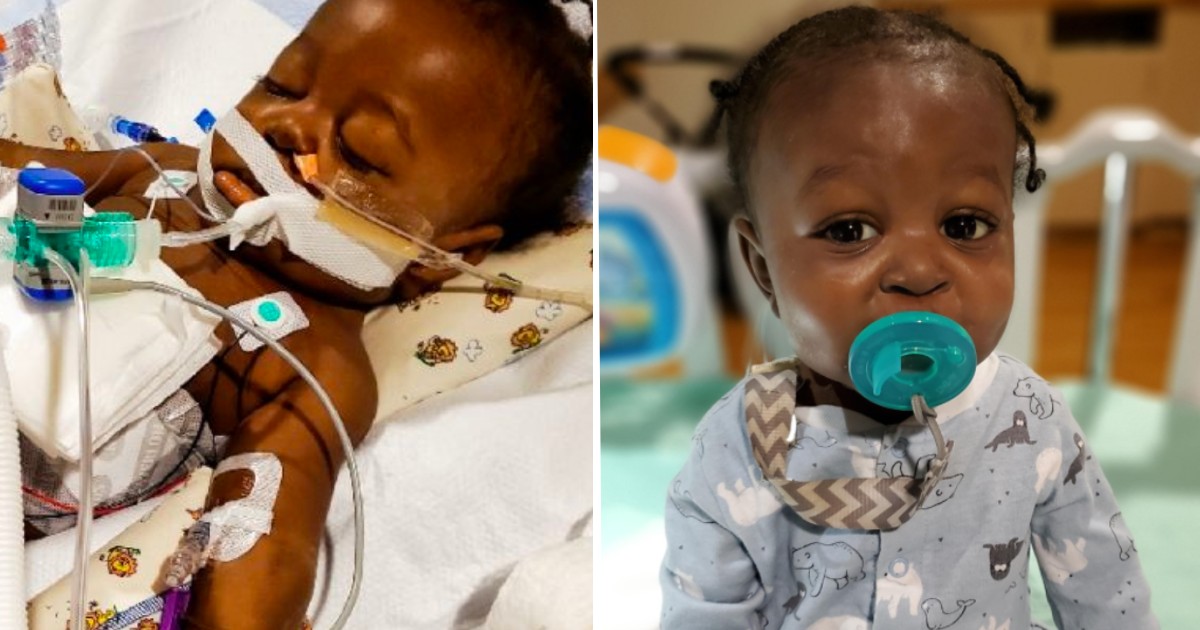 When Kasen Donerlson was just two months old he was diagnosed with a rare liver disease. He’s had many ups, downs, a few close calls, and a COVID diagnosis, but now he’s being called a miracle.

While he’s not yet out of the woods, this little boy deserves to be celebrated for all he’s been through.

Kasen, who was born on January 14, 2020, spent the first three days of his life in the NICU. Doctors diagnosed him with a severe case of jaundice and breathing difficulties, according to a GoFundMe.

While he was cleared to leave the hospital within a week, his symptoms didn’t improve. Mitayah Donerlson wrote on a GoFundMe set up to raise funds for her son that Kasen’s doctor and treatment team assured her things would get better.

When Kasen was two months old, he was diagnosed with biliary atresia, a rare liver disease that is a blockage of the tubes that carries the bile from the liver to the gallbladder.

He had a procedure done that doctors hoped would extend his liver, but weeks after the procedure it was determined the surgery didn’t work.

“When his liver began to decline, we had to, kind of like, push up the stakes,” Mitayah said.

Kasen was put on a liver transplant list at a hospital in Pittsburgh, Pennsylvania, hours away from their home in Syracuse, New York.

They spent the next several months taking trips to the hospital, and one day in November they were given news they didn’t want to hear. Kasen had COVID-19.

No one knows how then 10-month-old Kasen contracted the deadly virus, but other family members also tested positive.

Thankfully, after a four-day stay at the hospital, Kasen was able to return home.

But his fight wasn’t over. Kasen was still in need of a new liver.

Then, good news. He had a donor.

“My heart was so overjoyed that that’s all I could do was cry and just say thank you, thank you God for giving this opportunity to my child,” Mitayah said.

Just days after the new year and about two weeks before his first birthday, Kasen received his liver transplant.

Although the surgery went well, Kasen has a long road to recovery ahead of him, and it’s one that won’t be easy on his family either.

It’s likely that he will have to stay in the hospital in Pittsburgh for the next six months, which means Mitayah would have to relocate. But due to COVID restrictions, finding a place for her family to stay has been difficult.

“The financial hardship of that is very hard,” she said, “I have to juggle both homes and living arrangements here.”

A GoFundMe has been set up to help the family with any expenses related to Kasen’s treatment and recovery.

“He always seems to wow his doctors. He is a blessing, and he is a miracle.”

Kasen is such a brave little boy! I hope he continues to recover. My prayers are with him and his family.

Share this to send a prayer to his family.