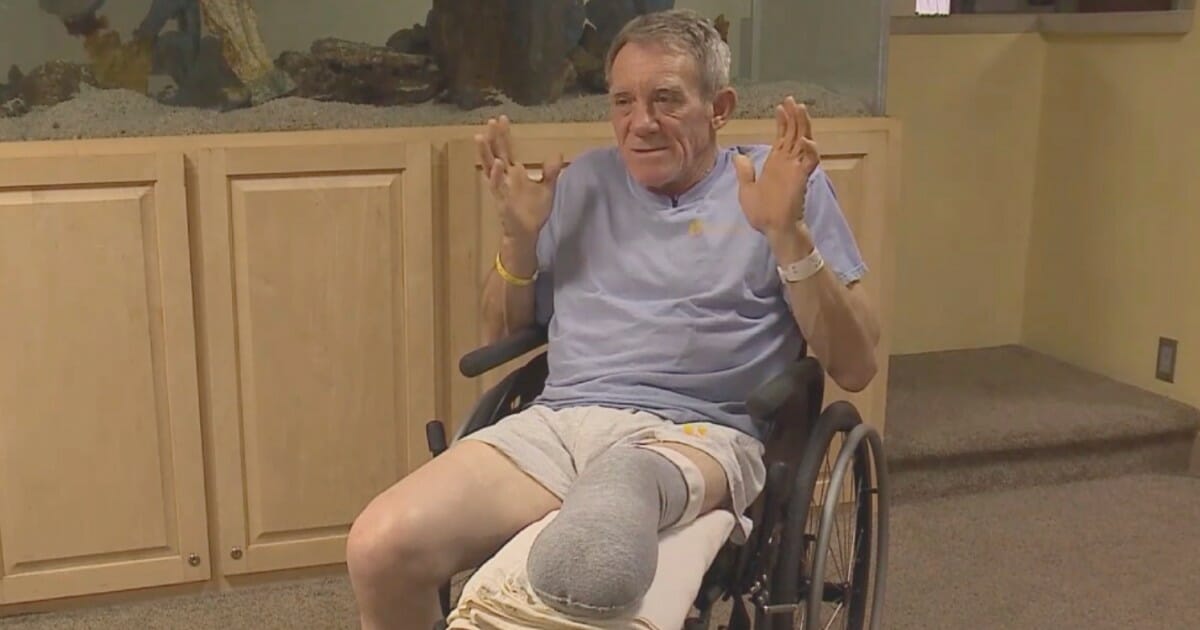 How far would you go to save yourself if you were in a life or death situation?

“I didn’t have no other choice,” Kurt Kaser told ABC News.

The 63-year-old grain and hog farmer was willing to cut off his own limb in order to survive.

On April 26, Kaser was using a mobile grain auger, a drilling device, to transfer a load of grain into a bin, but suddenly something went terribly wrong.

“I stepped right in the damn thing. It grabbed ahold of me,” he said.

The farmer from Pender, Nebraska forgot that earlier in the winter he needed to fix the auger and in doing so he removed a portion of a safety screen which covered the auger’s hopper.

“I’m kind of disappointed in myself that I didn’t think of fixing that thing, or whatever. But that’s why they call it accidents I guess,” he said. 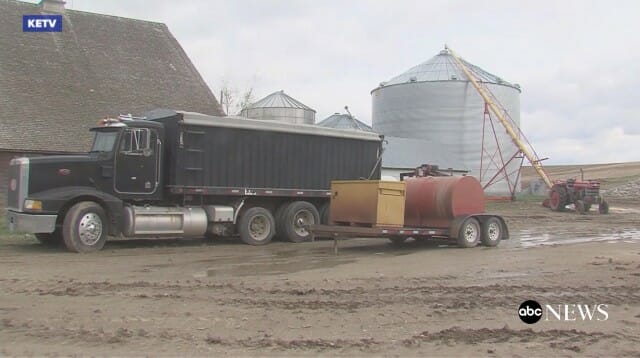 As soon as Kaser stepped into the hopper he realized his potentially fatal mistake.

“I can remember seeing it start and I go, ‘This ain’t good,'” Kaser said. “And then when my foot was in there banging around, I was trying to hold my leg, pulling it out, and I said, ‘This is not good.'”

He was alone and couldn’t find his cell phone. He needed help and fast.

“I felt it try to grab me again,” he said. “I about gave up and said, ‘Whatever happens happens. If it sucks me in all the way, it’s over with.’ But then, all at once, I thought of my pocket knife.” 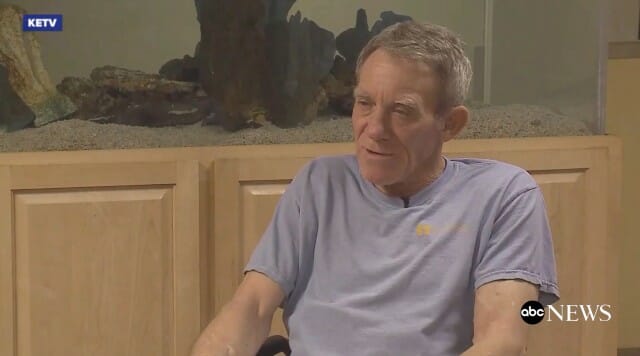 He reached for his knife, which had between a 3 and 4 inch blade, and in a desperate measure began to saw roughly eight inches below his knee.

“Adrenaline kicked in so much that I don’t know if it hurt or not,” he said.

Once Kaser freed himself he had to crawl about 200 feet on gravel before he reached a phone. He called his son who relayed the information to 911. Kaser was flown to a hospital 90 miles away from his farm where he had surgery on his leg.

The 63-year-old farmer recently finished three weeks of rehabilitation and in the near future will be fitted with a prosthetic leg.

Kurt Kaser was somehow able to remain calm in a situation where many would have gone into shock and he was able to remove himself, albeit with one less limb, from the situation.

Share this story to wish Kurt a speedy recovery!