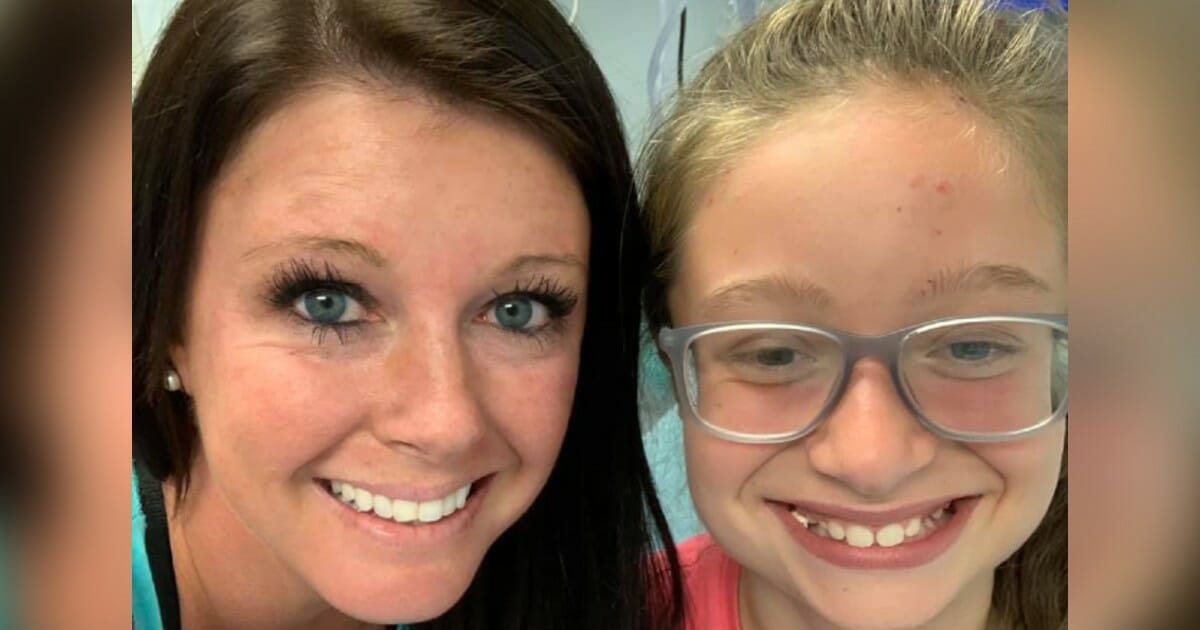 Alicia Renee Phillips thought she was doing something fun with her little sister, Gracie Brown, before Sunday school.

I said, ‘Hey let’s curl your hair, put some makeup on and have some fun sister time before church,'” the mother of three from Tennessee told Good Morning America.

Alicia said her sister leaned her head forward and closed her eyes, and she didn’t think anything of it at first, but when she did it a second time and made a gagging sound she became worried.

“That’s when I rushed my girls out of the bathroom.”

She called their mother to let her know what was going on, and then suddenly Gracie collapsed. The 10-year-old was “unresponsive” and “not moving.” Alicia called for her husband and he rushed into the bathroom to help.

Alicia shared the scary experience on Facebook. After a few frightening moments, Gracie seemed to be back to herself. She told Alicia she was able to hear talking, but couldn’t see anyone.

They rushed her to East Tennessee Children’s Hospital in Knoxville. She underwent several tests, all which came back as normal.

“I must have looked at him like he had four heads,” Alicia said.

Hair-grooming syncope is a rare condition.

The condition, which affects children, is caused by nerve stimulation and results in seizure-like symptoms.

Michael W. Riker, a pediatric emergency room physician at the hospital where Gracie was treated, said they see less than five cases a year.

“However, it may happen more commonly than it is diagnosed, as one retrospective study noted, the parents did not report hair grooming preceding the event unless specifically asked,” he said via email.

He noted that children typically outgrow them, but in the meantime to prevent the fainting episodes, it’s best to avoid dehydration and stay seated during hair grooming sessions.

Alicia wants to warn others about this rarely discussed condition.

“I am putting this out there for others to see. If a kid ever complains of their belly hurting or feeling light headed while they are getting their hair done, make sure they take a seat and keep a close eye on them!”

Since Alicia posted her warning to other parents on Facebook, her post has been shared nearly 220,000 times.

I’ve never heard of this before. This is very scary, especially since it can happen with seemingly no notice.