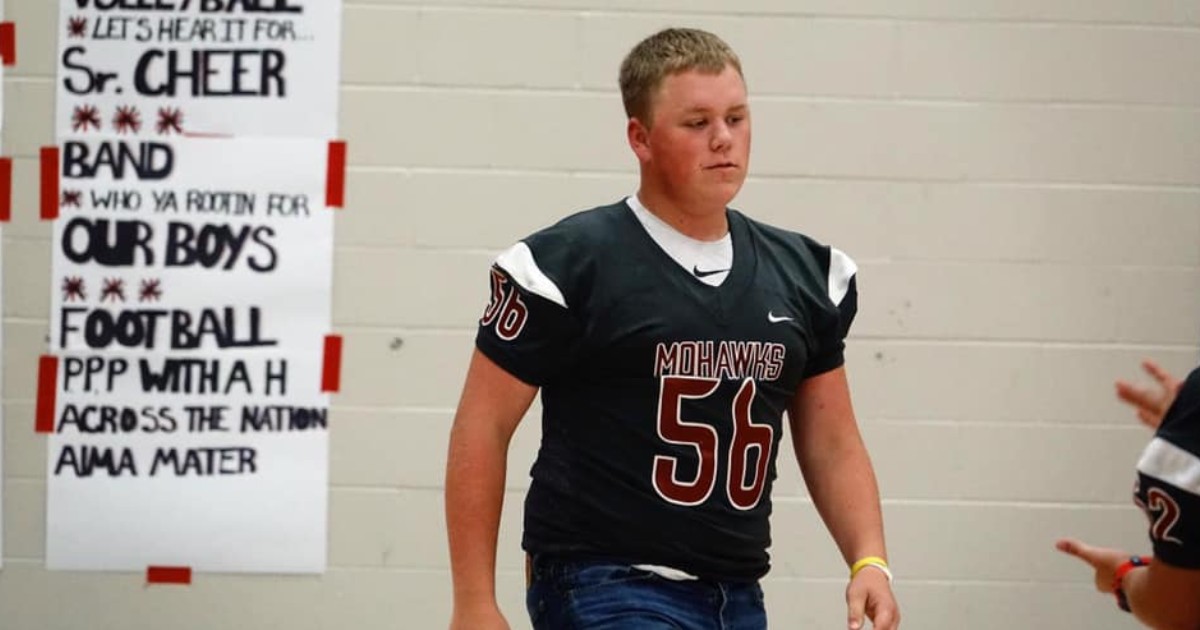 A 16-year-old football player collapsed and died recently after suffering heat stroke during an early morning practice in Piggott, Arkansas.

Now his teammates and family are left to mourn the loss of a teen who was “mentor, a man, a figure in life, and a Hero.”

According to reports, Hunter Midkiff began feeling dizzy during a water break last Monday. Michael Harrell, the football team’s coach, said Hunter felt “glassy eyed” before taking off his pads in an attempt to cool off.

Moments after he took his pads off he collapsed.

He was rushed to the hospital.

Hunter, whose temperature was 106.9 degrees, was placed in a medically induced coma.

Due to the high temperatures that day, about 90 degrees, his organs began shutting down, and he was quickly added to the transplant list for a new liver.

“He is very high on the list and we are remaining optimistic,” John said.

His family credited the football staff with tending to Hunter until paramedics arrived.

John said that coaches need to teach kids about the dangers of heat stroke, especially because it can sneak up on a person.

“The prevention is taught by the coaches but has to be executed by the individual,” Midkiff said. “This happened so fast.”

Rest in peace, Hunter. You will never be forgotten.

Share this to let others know about the dangers of heat stroke.