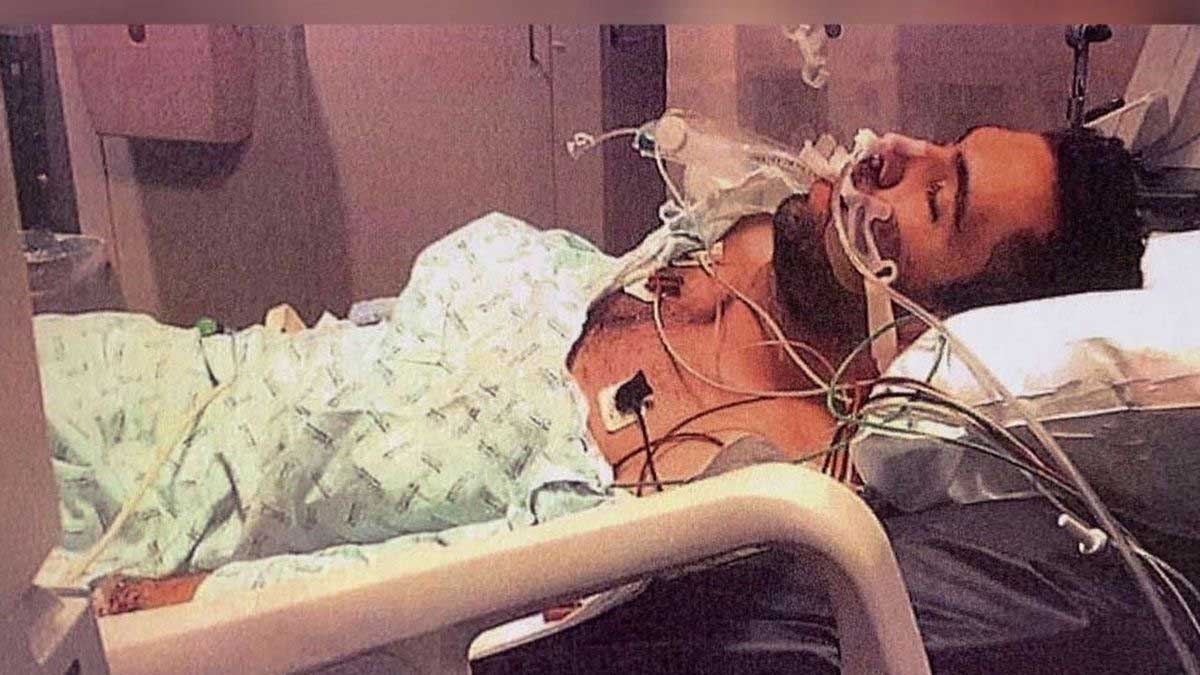 A Dallas County jury awarded $21 million to the family of a man who suffered a catastrophic brain injury following a 2017 surgery to repair a broken leg.

Carlos Rojas, now 32, has been in a vegetative state, since undergoing surgery to fix a broken leg in October 2017. He was put under general anesthesia for the procedure.

During the surgery he suffered hypoxic ischemic encephalopathy, a brain injury caused by severe lack oxygen to the brain, according to the lawsuit.

He did not wake up as expected after the surgery.

Rojas had been working a job hanging Christmas lights when he fell off a ladder and fractured his leg. The injury required surgery.

It was estimated to be two hours long.

The 27-year-old assured his mother it would be a simple operation, but neither could have predicted what was to come.

“A normal day for Carlos, I have to wake him up, clean him up, sit him down in his wheelchair, give him food,” his mother Wilda Rojas said in a video presented to the jury.

The lawsuit alleges that Carlos was not informed “a more qualified anesthesiologist was available and an option for him.”

Instead he was told a certified registered nurse anesthetist, or CRNA, would provide the anesthesia for his surgery.

At the time of Carlos’ surgery, one anesthesiologist was supervising four CRNAs, each in different operating rooms.

Attorneys for Carlos and his family state that he wasn’t properly monitored throughout the surgery. Experts said his permanent brain damage which would have been indicated by low blood pressure; however, handwritten records did not indicate there was an issue.

“We believe they created the handwritten record in order to cover up what really happened here, which was that Carlos’ blood pressure dropped and they didn’t address it quickly enough to protect his brain,” attorney Charla Aldous said in a statement.

Following the surgery, Wilda said she sat through several meetings where it was suggested she take her son off life support.

According to the lawsuit, Carlos remains “unable to walk or talk, is incontinent of bowel and bladder, and has the mental status of a young child. For the rest of his life, he will require 24-hour care. He will never be self-sufficient…He will be locked in a profoundly agitated, confused, and impaired state for the rest of his natural life.”

“Think about it. Carlos went into the hospital with a broken leg. They should have taken care of him and sent him on his way,” Walker said. “Instead, his family is left to care for him and provide all that he needs for the rest of his life because he is incapable of doing things on his own.”

There are absolutely no words.

Patients should be advised of all their options before any medical procedure, and they should be properly monitored throughout. There is no excuse for this.