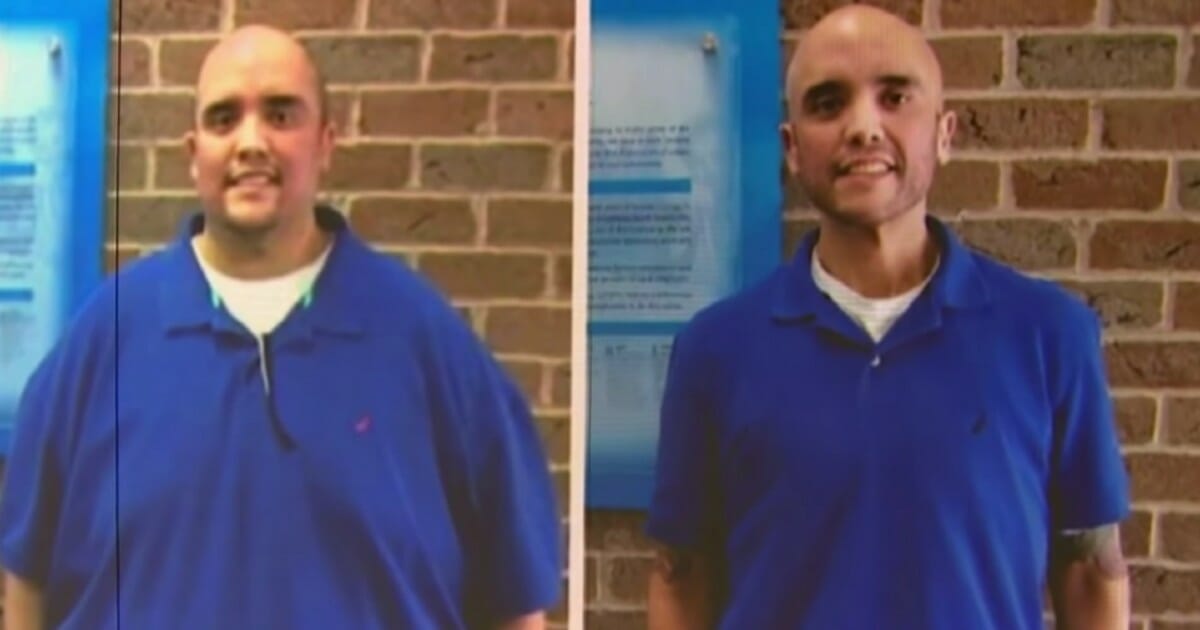 Carlos Orosco was 38 when he received a major wake-up call. At the time he weighed 650 pounds and he was at a doctor to discuss leg amputation. He had been fighting a losing battle against a bacterial infection and he was running out of options.

“The surgeon started the appointment by predicting that I wouldn’t live to see 41,” he told Runner’s World. “He told me I’d be 700 pounds by then, and would die from cardiac arrest. At the time, my sister was expecting, and I was going to be an uncle for the first time. I started to think of everything I’d be leaving behind.”

He decided it was time to make a change in his life.

Orosco visited a bariatric surgeon and was told his situation was dire. Before he could go through with the weight loss surgery, he needed to prove he was capable of maintaining a healthy lifestyle.

Through diet and exercise he lost 100 pounds in six months.

The surgery brought him down to 300 pounds, but he still had a way to go.

“I had to start putting forth the effort,” he told MLive.

He continued his healthy diet and exercise. The following fall he decided to sign up for a 5k run/walk. It took him an hour and a half to finish, but he crossed the finish line.

Orosco fell in love with running, something he never imagined happening.

“I remember the atmosphere, the environment,” he said. “It caught me. Even before I finished that first 5K, I wanted to sign up for another one.”

“I used to have the mindset at a race that I didn’t belong, that these people were different from me,” he said. “But on race day, I know I’ve put in the time and the work, and my mind clears of everything except the route in front of me. I finally feel like I belong.”

Recently, the 43-year-old competed in the Detroit Free Press/TCF Bank Marathon. He said at mile 20 he began to feel “weird,” something he attributed to dehydration, but was able to finish the race in 6:31:14.

He plans to continue running and staying healthy.

While his impressive before and after photos may make it seem like his weight loss was easy, he has made it clear that every day he works hard to maintain the life he currently lives.

“Some people don’t realize or understand the mental and physical sacrifice, and the challenges that are associated with this process,” he told PEOPLE. “There are also a lot of early mornings, extended days and late nights, and missing out on events, that are all part of this journey.”

Carlos is such an inspiration. His journey was anything but easy, but it proves that if you have the will and support system, you can do anything.