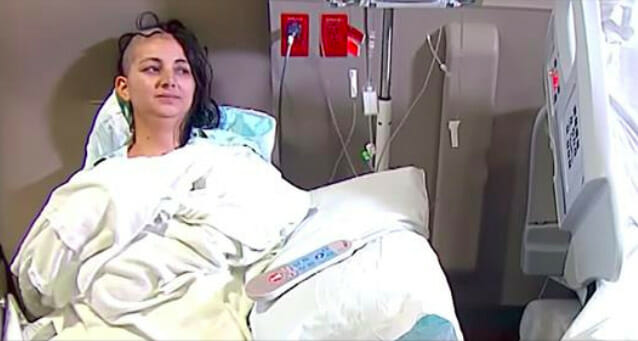 Now and then we hear incredible medical stories about unusual diagnosis. Some are easier to read than others — here’s one that’s certainly not for the fainthearted.

31-year-old Texas mother Yadira Rostro was suffering from terrible constant headaches and even vision impairment for almost a year. While we all get a headache now and then, Yadira’s were persistent and debilitating. She eventually realized she had to get herself checked.

But when she did, she could never have expected that tapeworms would be at the root of her ailment.

Yadira had had enough of her painful headaches and visited the hospital to be examined.

Doctors soon ordered a CT scan for Yadira. When the results emerged, they discovered that something was indeed wrong. At first, they thought it was a brain tumor.

They ordered a more detailed MRI and that’s when doctors managed to identify the real culprit: Yadira had sacs of larvae in her brain — exactly 8 tapeworm eggs in fact.

Doctors estimated that they’d been lodged in her brain for about 2 years, following a trip to Mexico Yadira had taken. The tapeworms were most likely the result of food Yadira had consumed that had been infected with fecal matter.

According to neurosurgeon Dr. Richard Meyrat, fluid slowly built up as the eggs grew, leading to Yadira’s terrible headaches. And of course, inside those eggs — tiny tapeworms.

Thankfully, the little parasites could be removed through surgery and Yadira has since recovered from her horrifying diagnosis.

Watch the report below about Yadira’s rare but rather stomach-churning condition.

I think it’s definitely worth sharing this story with everyone to make them aware of the risk of eating out. Choose where you choose to eat carefully!