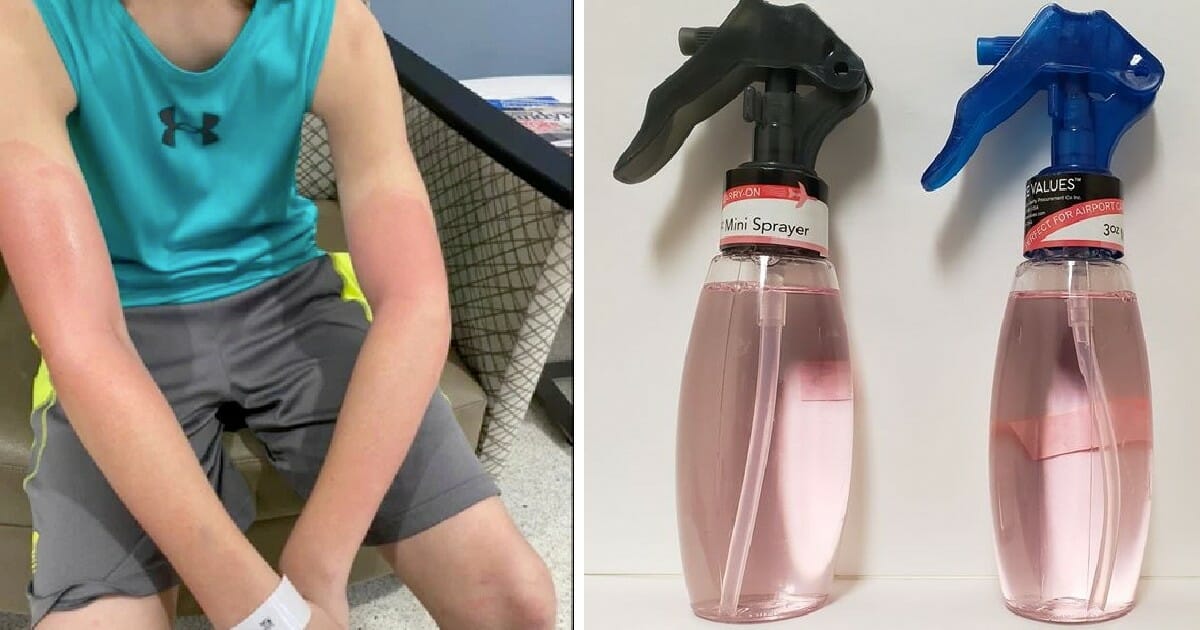 Soap and hand sanitizer, two things that the public can use to stay protected from the coronavirus and other illnesses have quickly become hard to come by. Some have even resorted to making their own hand sanitizer.

But one mom from New Jersey is warning others about a “spray sanitizer” her son purchased some from a convenience store that caused him to end up in the emergency room.

Lauren Michele Gehm shared photos of her son Dylan’s arms and legs in a now deleted Facebook post after she says one of his friends sprayed her son with the disinfectant. She took him to the emergency room where he received an IV and ointment for first-degree burns.

Gehm said she believes the disinfectant was homemade and when she contacted the store she learned it was “loaded with ammonia.”

The “Spray Sanitizer” was purchased at a 7-Eleven in River Vale, New Jersey and police believe it was only sold at this particular location. However, according to police approximately one dozen bottles were sold to customers the same day Dylan suffered first-degree burns from the sanitizer.

In a statement, the River Vale police said all remaining bottles have been removed from the store and an investigation is currently ongoing.

I know many of us are extremely concerned about staying protected, but please be careful when choosing what you use and where you use it. The EPA has a list of approved products that you can use to protect yourself.

I really hope Dylan feels better soon and I hope no one else has to suffer like him. Share this to spread this important warning.