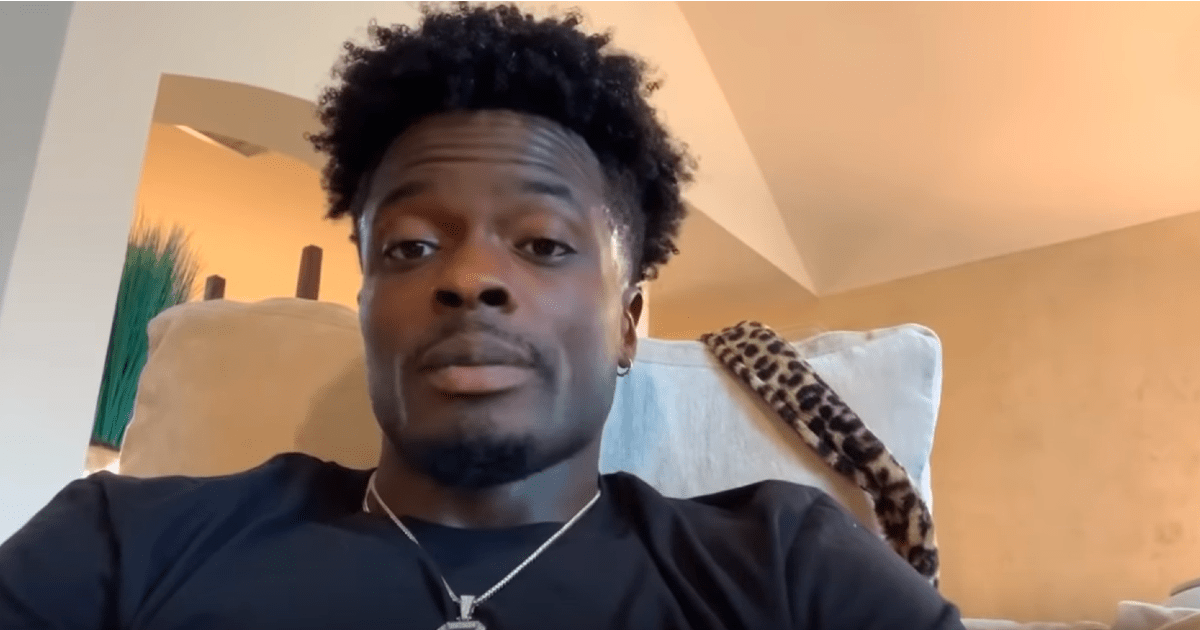 Professional athletes in every sport, with the exception of the WNBA, have been given the option to opt out of this year’s extremely unusual season if they don’t feel comfortable competing. If they do, depending on the sport they will still receive some pay.

Athletes are also able to sit out the season without penalty if they have a medical condition that puts them at a higher risk for contracting COVID-19. They too are also able to collect a salary or stipend.

And while many athletes from the NBA, MLB, and NFL. have chosen to sit out their respective season for their own personal reasons, none perhaps is as touching as Marquise Goodwin, 29.

Goodwin, who is a wide receiver with the Philadelphia Eagles, chose to sit out the 2020 NFL season to protect his wife and young daughter.

In an emotional video, which he uploaded to YouTube, Goodwin explained that he wasn’t going to put football before his family, something he had previously done.

In November 2017, the couple prematurely lost their baby boy. His wife Morgan delivered their son at 4 a.m., and hours later Goodwin, then a San Francisco 49er, played in a game against the New York Giants.

Several months later, the couple learned Morgan was pregnant with twins. She received surgery to fix an incompetent cervix, but when she was 19 weeks pregnant one of the babies’ amniotic sacs ruptured.

Upon hearing the news, Goodwin turned right around and flew home to be by his wife’s side. The couple ended up suffering a similar tragedy. They lost both boys in November 2018.

But finally in February 2020, the couple experienced some good news. On February 19, Morgan gave birth to a baby girl.

That’s why this time, Goodwin didn’t want to leave his wife and his 5-month-old daughter.

“Three years ago, I made a decision that affected my whole life,” he said. “I chose to leave my wife at the hospital after prematurely birthing our first baby due to incompetent cervix, which resulted in a fatality, to play in a football game.”

After the loss of his children, all he could think about was his wife and how she had no one to support her through her grief.

“I was mad. I felt that I should be at home helping my best friend get past the grief.”

“After choosing football so many times, I feel like I’m inclined to make the right decision by finally choosing my family first and that’s real talk.”

This is an admirable decision. Way to put your family first, Marquise.