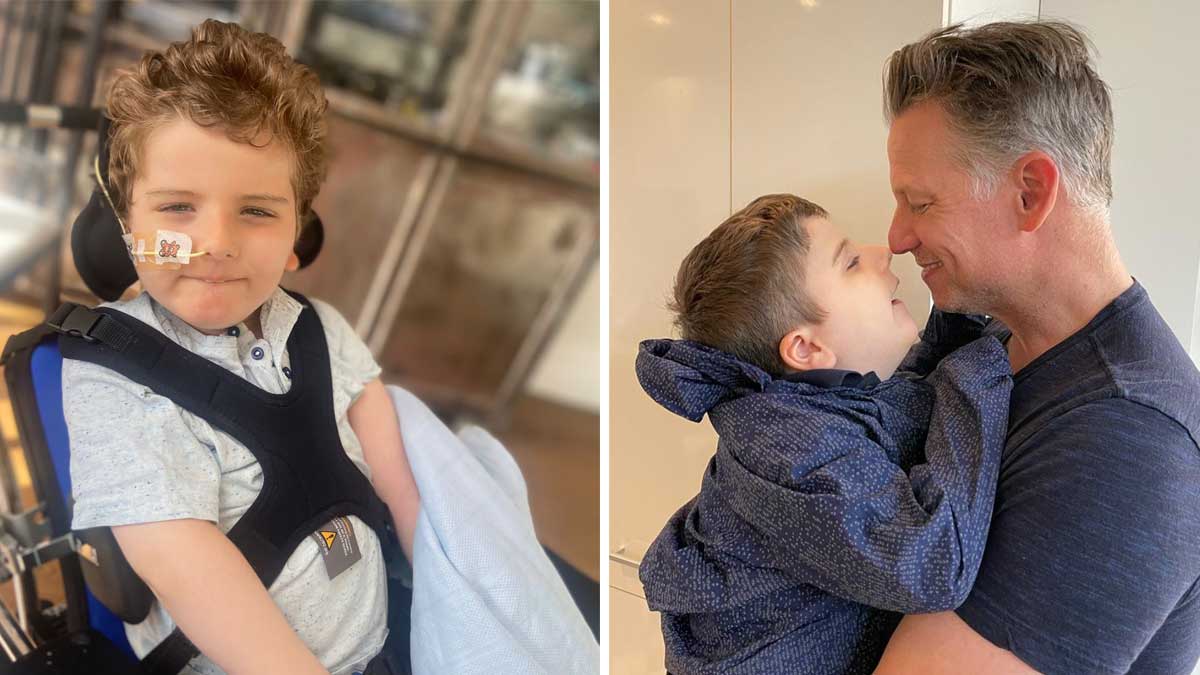 “Unfortunately he’s taken a turn for the worse,” he wrote on Twitter.

Henry has a variation of Rett syndrome, a rare neurological disorder for which there is no cure. Engel and his wife Mary opened up about their son’s condition in 2018.

“It’s raw and painful and very personal, but hopefully other people will see this and feel a little less alone and we will too,” Mary said at the time.

The couple explained on TODAY that while Henry was “born the sweetest and happiest boy,” he was slow to develop. It took several visits to various doctors and specialists before he was diagnosed with a variation of Rett syndrome, more commonly occurring in girls.

Those diagnosed with Rett syndrome experience slowed growth, loss of fine motor skills, and loss of the ability to communicate.

“It can feel very lonely when you go down the street and you see other children behaving normally and knowing that his life and our lives are never going to be like that,” Richard said.

While there is no cure, treatment includes alleviating the symptoms and providing support.

During the height of the pandemic, Richard said it was extremely difficult for his son.

“Henry has severe special needs, and COVID has been an absolute nightmare for him and millions of other children like him. I’d add more colorful adjectives, but you get the point,” he wrote for TODAY.

He added that while everything was closed down for safety reasons, it meant that children like Henry weren’t getting the care they desperately needed. And in Henry’s case there were visible signs the young boy needed treatment.

“His tremors, whole-body shakes, are getting more pronounced. I don’t know if that’s because of the stress or just a progression of his condition,” Richard said.

On Tuesday Richard shared an emotional update about his son’s condition. Henry has spent the last six weeks in the hospital, and they believe he has “taken a turn for the worse.”

In his update, Richard shared an adorable video of Henry receiving kisses from his younger brother Theo, 2.

He followed the update with a photo of Henry thanking everyone for their support.

Please join me in saying a prayer for the Engel family.