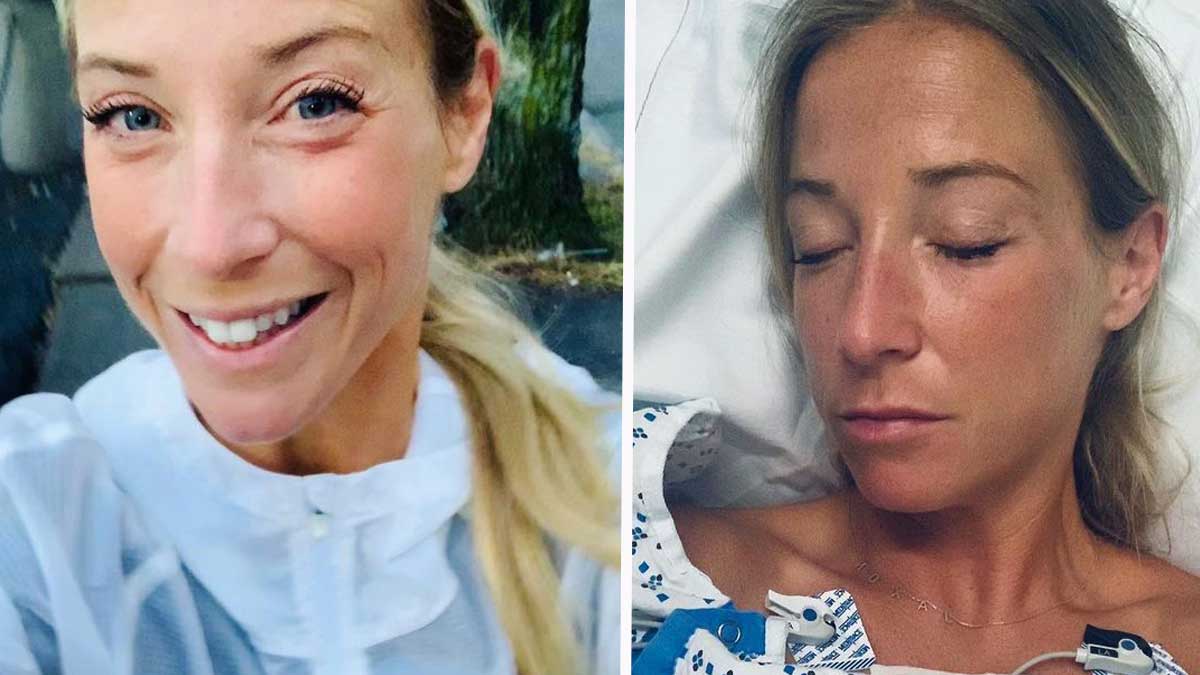 The Boston Marathon is as much of a spectator sport as it is a running event.

During this year’s event Meghan Roth, an elite runner, went into cardiac arrest less than 10 miles into the race. Two nurses happened to be watching the race from a nearby apartment and rushed to her side and began administering CPR.

Roth, 34, was running in her first marathon since giving birth to her 10-month-old son. She had plans to improve on her time, but around the eighth mile things went horribly wrong.

At first it appeared she tripped on another runner, but after she was helped up, but almost immediately collapsed again it was clear something was off.

“I don’t even remember hitting the ground, so when I woke up in the ambulance, I didn’t realize the seriousness of it,” she told The Washington Post.

Marie Rogers, a retired critical care nurse, was watching the race from her apartment and spotted Roth hit the ground. When she saw her stumble a second time, Rogers and her brother’s roommate, Cameron Howe who is also a nurse, ran downstairs to help.

When they reached Roth she was “lying face down, making incoherent sounds.”

The 34-year-old began gasping for breath, and neither Rogers nor Howe could find a pulse.

She asked another spectator to call 911.

“After a few minutes, a runner stopped, introduced himself as a paramedic. He checked for a pulse, couldn’t find it, so I continued with CPR. Another runner stopped, an ER paramedic and then a physician, and from there they took over. EMS arrived [and they] had to shock her three times,” she wrote in an email to The Washington Post.

When Roth was at the hospital, she immediately thought of her son who was home in Minnesota. It was her first time away from him and she wanted to get home to be with him, but doctors convinced her to stay for a procedure.

She had an ICD, implantable cardioverter defibrillator, placed in her chest which detects life-threatening heartbeats. The following day she was able to fly home.

It’s unclear what caused her to go into cardiac arrest. It’s possible her family history of heart disease played a part, but it’s also possible a recent mild case of COVID-19 she had in August before she was vaccinated could have also contributed.

Regardless of why it happened, Roth is thankful it happened where it did and for those who stepped up.

As she continues on her road to recovery, Roth has been extremely grateful to those who has reached out to her and shown support.

“I’m just overwhelmed with gratitude with the love and support. The running community is so amazing, and people you never would have expected have reached out to say they have a defibrillator. I continue to get messages and support from people, and it’s just such a happy ending.”

Thank you to all of those who stepped up and helped. You all played a part in saving Meghan’s life!