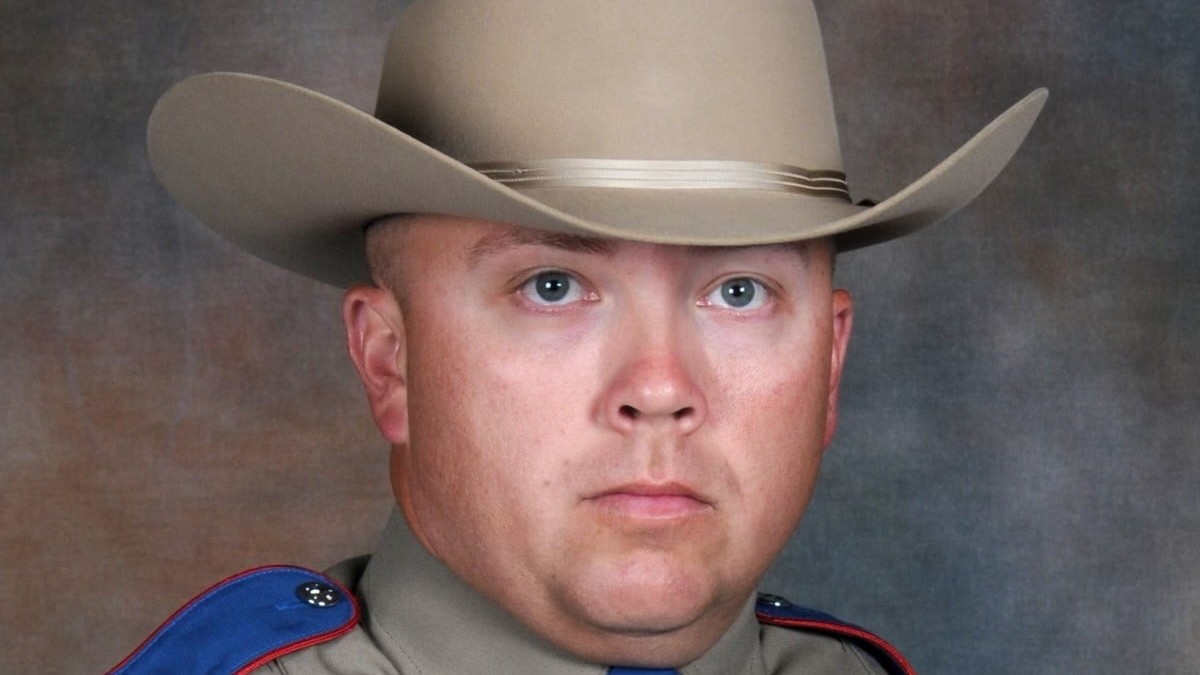 A Texas State Trooper has “no viable brain activity” after he was shot multiple times while assisting a stranded motorist Friday evening.

According to a statement from the Texas Department of Public Safety, Trooper Chad Walker “remains on life-support until he can share the gift of life as an organ donor.”

On Friday around 7:45 p.m., Walker approached what he believed was a disabled vehicle on a rural road outside of Mexia, Texas.

But before he could get out of his patrol car, the driver of the vehicle “immediately emerged from the driver’s seat of the disabled vehicle armed with a handgun and fired multiple rounds at Trooper Walker through the patrol unit’s windshield.”

The suspect, DeArthur Pinson, Jr., reportedly returned to his vehicle, grabbed a backpack, and fled the scene. Pinson later died by suicide after barricading himself inside a home.

Walker was flown to a hospital in Waco where “extensive life-saving efforts” were performed.

It was decided he would be kept alive long enough until his organs were able to be donated.

“This final sacrifice embodies Trooper Walker’s actions throughout his life and service as a Texas Highway Patrol Trooper.”

Walker, who had been with Texas DPS for 15 years, leaves behind a wife and four children, a 15-year-old son, 7-year-old twin daughters, and a 2-month-old daughter.

The Texas Fallen Officer Foundation is one of many who have stepped up to help the Walker family during this extremely difficult time.

“We just try to help the law enforcement and their families, try to comfort them in a real time of need. As you know this kind of trauma will affect them not months but years to come,” Chaplain Ron Leonard, a volunteer with The Texas Fallen Officer Foundation, told Fox 44.

A GoFundMe has also been set up to help the family cover medical and travel expenses.

Thank you for your service, Trooper Walker. Your final act will never be forgotten.