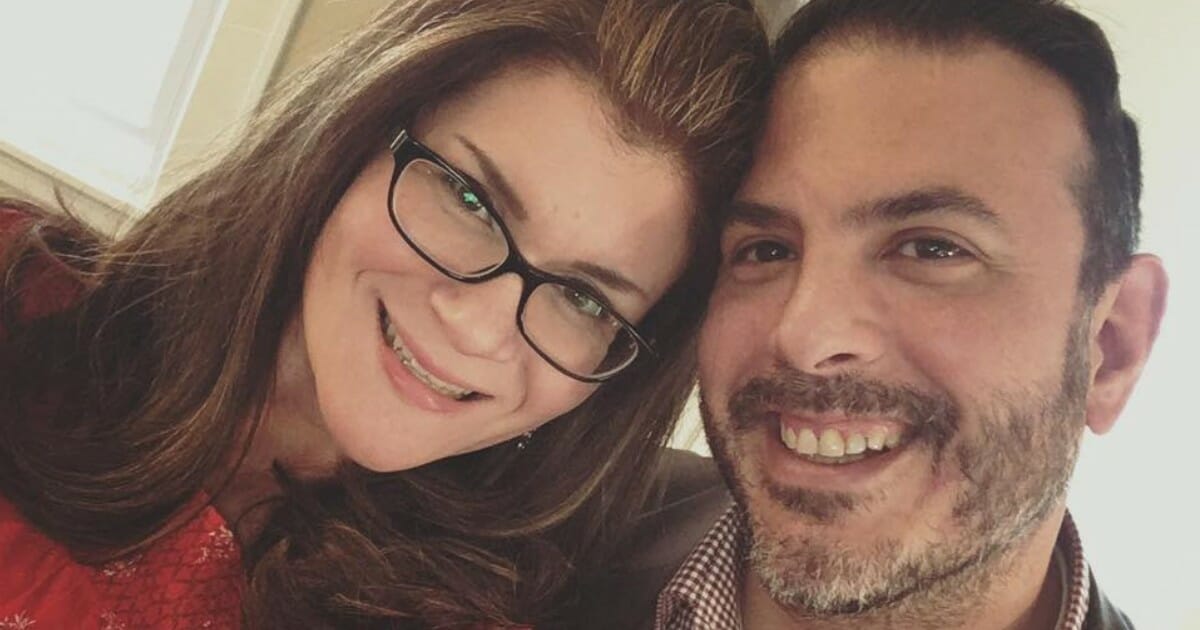 Perhaps one of the more difficult things about coronavirus is the isolation.

We are told to stay at least six feet apart from others and isolate ourselves from family members if we become ill, and then maybe the most frightening recommendation of them all is that if we end up in the hospital we aren’t allowed to have anyone with us in fear of spreading the virus.

Around St. Patrick’s Day Joe Lewinger began experiencing COVID-19 symptoms. After nearly two weeks in the hospital he died from complications of the virus.

His wife, Maura, wasn’t able to be there, but doctors allowed her to FaceTime her husband and before he died she played him their wedding song and told him how much he meant to her.

“I played our wedding song for him. And then that was it.”

Maura told CNN’s Erin Burnett that her husband, Joe, 42, had no underlying health issues when he came down with “mild symptoms” around St. Patrick’s Day. It was only a matter of time before he got a fever and began having trouble breathing.

Joe, who was an assistant principal at a Long Island, New York Catholic high school, went to the hospital where he received anti-malaria drugs and other treatments.

During his time at the hospital, his family was not allowed to visit. So Maura had to find a way to spend time with her husband.

“The country is getting used to remote learning and we had to get used to virtual caregiving and virtual marriage in just being there for each other,” she said.

When Joe’s condition continued to decline, Maura requested to speak with him via FaceTime.

“I saw him and I begged him not to leave us and told him we all need him,” she said.

As doctors tried to keep Joe alive, Maura sat at the couple’s home with their three children and listened to their wedding song in a daze. Joe’s doctor called back and it wasn’t good news.

“We have thrown the kitchen sink at him and I’m afraid he doesn’t have more time,” the doctor told Maura.

Once more Maura wanted to FaceTime with her husband.

“I thanked him for being the most amazing husband, for making me feel cherished and loved every single day,” she said.

Maura played the couple’s wedding song for him and then moments later the doctor informed her that Joe was dead.

Now, as Maura and her family grieve the loss of a husband and father, she is urging others to stay home, not only to protect themselves but to protect others.

“People are just not being careful. People are being so invincible-feeling and they think it can happen to them,” she said. “You cannot, cannot, be with people that are not in your house. As sad and lonely and everything that is, you must, must stay with only the people in your house.”

This is such a heartbreaking story. When will people understand how important it is that we ALL must stay home? No one is invincible.