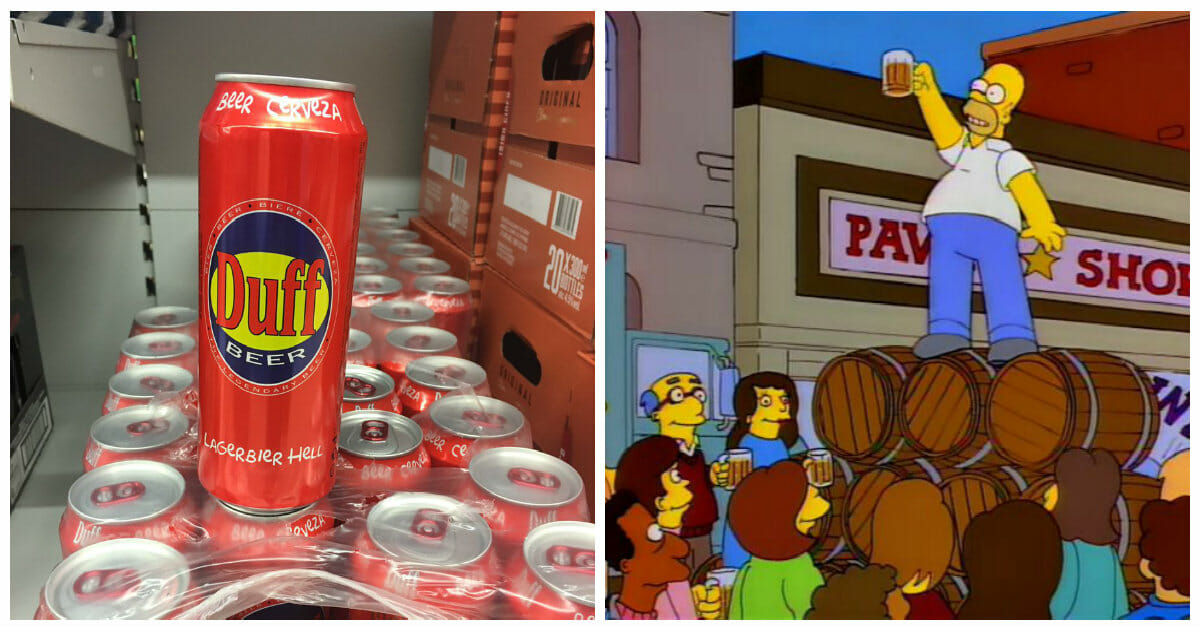 Has any fictional character ever enjoyed a beer more than Homer Simpson? He spends half his time at Moe’s, always has his fridge well-stocked with cold ones, and of course has given us all many words of wisdom on the subject of drinking:

He’s such a legendary beer drinker that it’s no surprise that his brand of choice, Duff Beer, has also taken on an iconic status, despite being a completely fictional beer created for The Simpsons.

But if you’re near a British supermarket, you can finally get a taste of the beer so good you’d step over your own mother just to get one!

Budget supermarket chain Lidl is now selling “Legendary Duff Beer” in their UK locations for a limited time, according to The Sun. They previously sold the beer around the Super Bowl earlier this year. It’s the perfect beer for daddies and kids with fake IDs.

You can get a 500ml can for just £1.25 (about $1.56 USD). That’s the kind of deal Homer would go nuts over, a way to save money on beer without becoming a family of traveling acrobats.

“Brewed in Germany by the brewery Eschwege monastery, this Legendary Duff Beer is a Pilsner topped with a white head,” the description reads.

Which… sounds a lot nicer than how Duff is made on the show:

(No word on if Lidl will also be selling Lady Duff or Tartar Control Duff.)

The logo is a bit different than the one you see in Homer’s fridge, so it doesn’t make for a perfect replica, although it does have some very Simpsons-esque font on the can. But still, how can Simpsons fans resist? Give in to your inner Duffman, OH YEAH!

The beer is in limited supply and will only be available for a short time. Fans are sure to be stocking up.

Sounds like people can’t get enough of that wonderful Duff.

The one Game of Thrones Homer can win! #BeerCanAppreciationDay #TheSimpsons

If you miss out, or aren’t near a UK Lidl location, you have other options to live out your Springfield dreams. While Matt Groening has never licensed an official Duff beer to stores, there are a number of beers bearing the name—and if you want the official thing, you can go to the replica Moe’s Tavern in Universal Studios.

(Or if you want something even fancier, you can try this new Swedish beer, Düff.)

Share the news with the beer-loving Simpsons fans in your life!