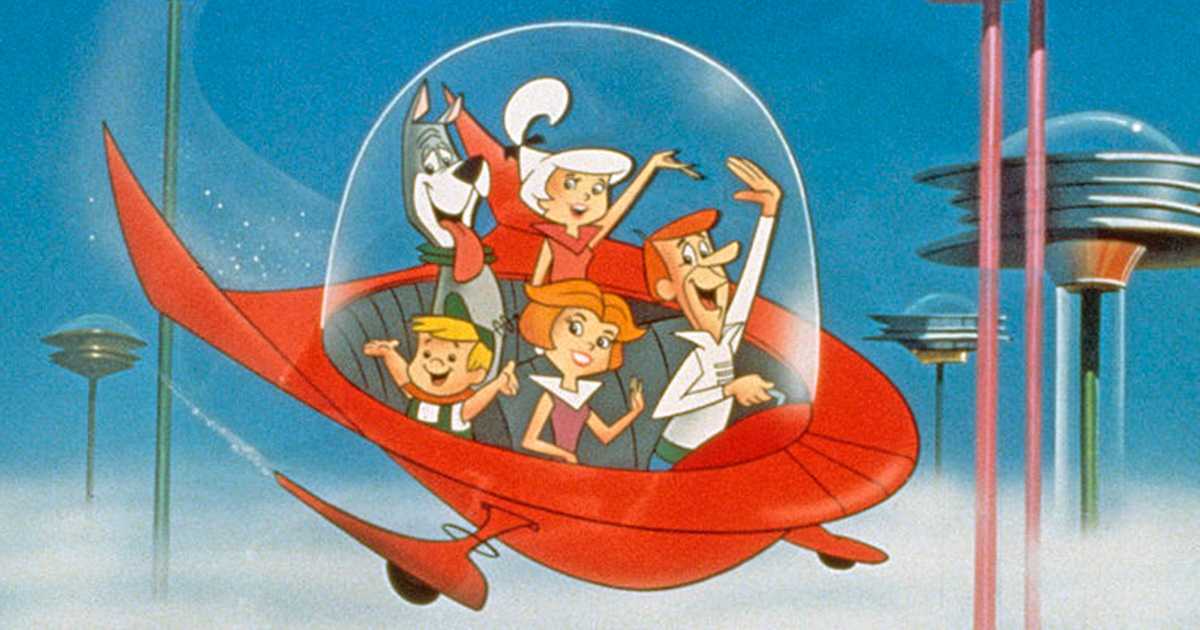 Many generations of kids remember watching The Jetsons, the classic Hanna-Barbera cartoon about the family of the future.

Created as a counterpart to The Flintstones — which was set in a prehistoric past full of dinosaurs and rock puns — the Jetson family lived in a futuristic world of flying cars, robot maids, and plenty of contraptions that made dad George yell “Jane! Stop this crazy thing!”

But if you thought The Jetsons was set in some distant, far-off future, think again: right now, you’re living in the same timeline as George Jetson.

In news that will make you feel like you’re really in the future, or maybe just old, George would’ve been born sometime in 2022.

While the show never made clear exactly when it was supposed to take place, and George’s birthday is never exactly mentioned, Jetsons heads have deduced that the cartoon character would’ve, most likely, just been born this very year.

An episode called “Test Pilot,” which aired in 1962 in the show’s first season, gives us the best estimation of George’s age.

In the episode, George thinks he’s dying due to a mix-up at the doctor’s office, and becomes a test pilot for his company’s indestructible space suit.

Later, the doctor clears things up, informing him that he is indeed healthy and “should live to 150.”

Soon after, George says this line: “Please Mr. Spacely, don’t launch those missiles! I’ve got 110 good years ahead of me!” Which means that, at the start of the show, George is most likely 40 years old.

But when did The Jetsons take place? An exact year is never given, only that the family are living in the “21st century.”

However, according to MeTV, promotional materials for the show said that the Jetsons were living “exactly 100 years into the future.”

Since the show premiered in 1962, that means the show is set in 2062 — meaning we’re only four decades away from having our own Rosie the Robot!

But more importantly, it means that George Jetson’s year of birth is 2022, which means that he’s currently a baby or about to be born.

Some sources list July 31, 2022 as his birthday, although this is never mentioned in the show. But if it’s true, baby George is now three months old.

It also means that other Jetsons characters who are even older than George have already been born: his boss Mr. Spacely would presumably be at least a teenager.

And George’s grandfather, Montague Jetson, is said to be 110 years old in the series, which means he was born back in 1952.

So maybe “the future” is a lot closer than we realized. After all, some of the technology on The Jetsons has already become commonplace, like video calls.

So stay young and healthy because within the next 40 years, we’re all getting flying cars.

We’re living in the same time as George Jetson — we’re definitely getting old, and definitely in the future!

Share this crazy news if you loved The Jetsons growing up!