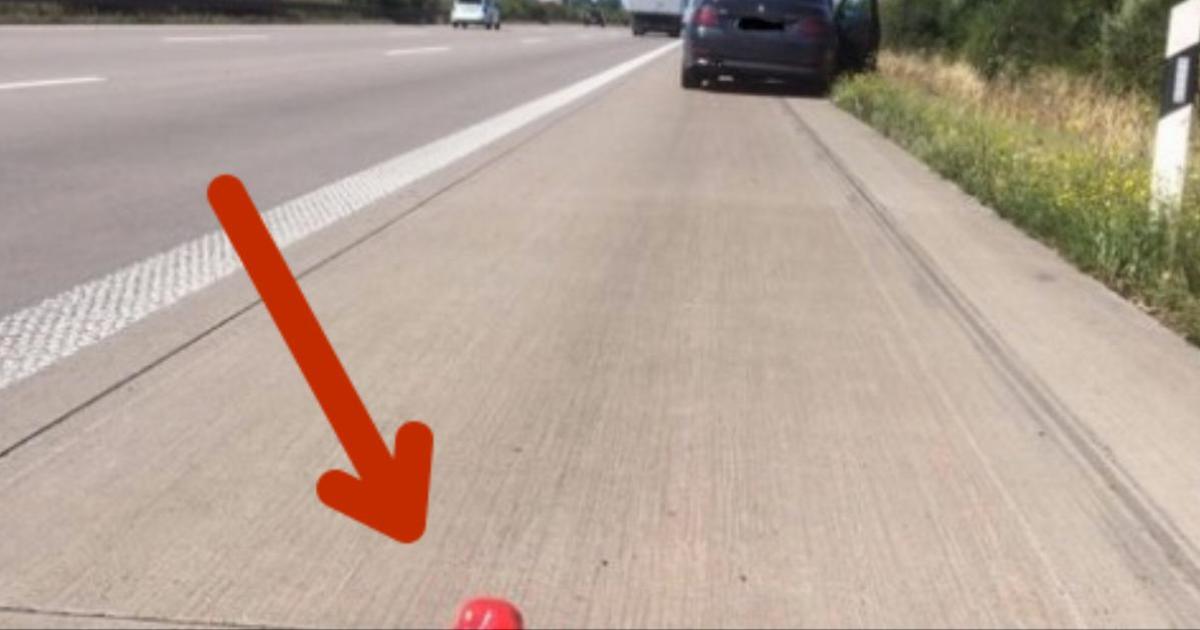 I’m sure at some point during driver’s ed, you were told how important it is to have an emergency warning triangle in your car. Having one of these handy in your car at all times is in fact a legal requiremement in many countries around the world.

Whether you drive or not – the reason as to why is pretty evident. The emergency warning triangle has saved many lives over the years and is a great way to warn drivers of anything ahead of time.

What do you do, however, if you don’t have an emergency warning triangle, and your car’s engine suddenly breaks down?

Well, this driver in Germany came up with a plan that sure got the police’s attention…

The cops in a German town were patrolling one day when they spotted a car pulled over to the side. They didn’t think much other than that the car’s engine had probably failed.

But then they spotted something that had them not only pull over immediatley, but bent over laughing as well.

It appeared the driver had come up with his own DIY emergency warning triangle. Can you guess what is was?

A bowl of red bell peppers!

The officers had a good chuckle. I mean wouldn’t you?

They were so amused and impressed by the driver’s creative solution that it saved him from getting a fine. He did however, get a long lecture about making sure to have a warning triangle with him in his car next time.

Ain’t it like they say folks – necessity knows no law!