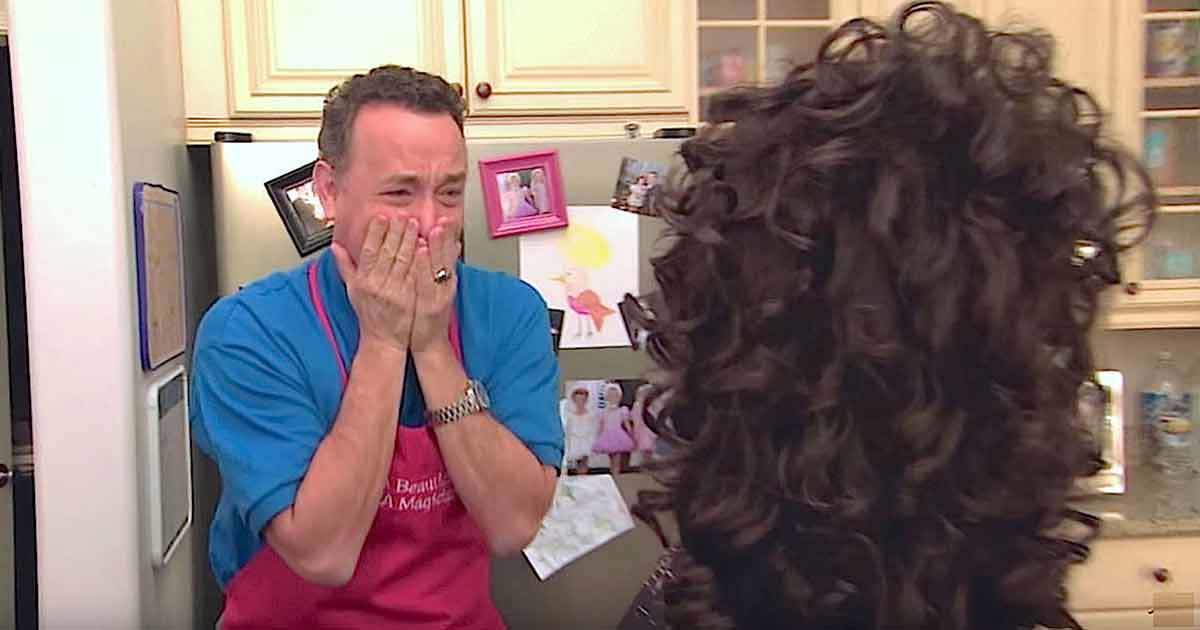 When actor Tom Hanks visited Jimmy Kimmel Live in 2011, he revealed a side of himself that he’d never shown to audiences before. (Or since!) It turns out, the actor is a passionate dad—and one who wants his daughter to succeed at whatever she does. So when his then six-year-old daughter, Sophie, entered a beauty pageant, needless to say, Hanks was very, very supportive…

In the clip below, Tom Hanks plays Jimmy Kimmel a video of himself and his six-year-old daughter, Sophie, from the program “Toddlers & Tiaras.” The video shows what life is like for the father-daughter duo during the two days leading up to the beauty contest.

Tom Hanks hopes his daughter will take home first prize in a Nevada beauty contest for children called “Ultimate Sexy Baby.” Sophie, of course, also hopes to win, but sometimes you get the impression that it’s the father who really wants the title more.

It’s amazing to see Tom Hanks coach his daughter and help her with her makeup and a giant wig. It’s a side of Tom Hanks he’s never showed audiences before.

But don’t worry—the whole thing is just a joke. Sophie isn’t Tom Hanks’ real daughter, but a young actress, and the video is just a hilarious satire.

By the end, Jimmy Kimmel’s audience is in stitches, and when you watch the video—which has already been viewed 11.5 million times on YouTube—you’ll see why. Check it out for yourself below—and I dare you not to laugh!