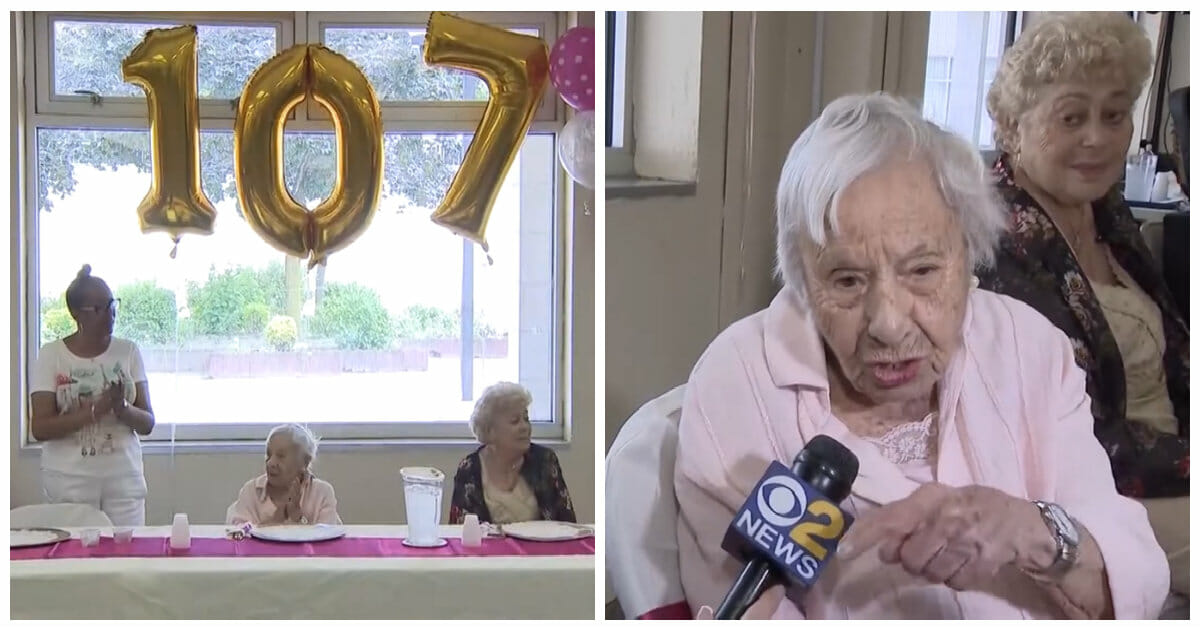 They say wisdom comes with age, and sometimes the best advice comes from our elders, who have seen it all in their long lives and can speak from experience.

If “the older the wiser” is true, it makes sense to reach out to the oldest people in our communities. What does someone who’s been alive for over a century have to say about the world? What’s their secret to a long, healthy life?

But one elderly woman got hilariously blunt about her life advice on her birthday this year.

She is now a resident of the JASA Bartow Senior Center, who threw her a birthday party to celebrate her incredible longevity. While it looked like a nice time, Louise says people have been making a fuss about her age since she was 99.

While Louise is way up in age and is legally blind, she still lives an active, fulfilling life in her nursing community.

“If they have exercise, I do the exercise. If they have dancing, I dance. I still a do a little dancing. After my lunch, I will play bingo, so I had a full day,” Louise said.

She doesn’t need any medication except for a high blood pressure pill, and her independence is admired by everyone at the home.

“She’s got no walking cane, no wheelchair. She does all her shopping,” her friend Deborah Whitaker said. “She’s awesome.”

So how do you get to be like Louise? What’s the key to living such a long an active life? Well, CBS asked what her secret was, and she had a simple, funny response: don’t get hitched.

It’s advice everyone can take to heart, and an inspiration for single people everywhere. (Although Louise’s married sister is reportedly 102, so there’s still hope if you’ve already tied the knot with someone.)

Another gem of advice from Louise: treat yourself to some pasta.

People always say they don’t want to grow old alone, but it looks like this woman is killing it as a lifelong bachelorette So excuse me while I book that table for one at the Italian restaurant, because I want to be like Louise someday. All the single ladies, put your hands up.