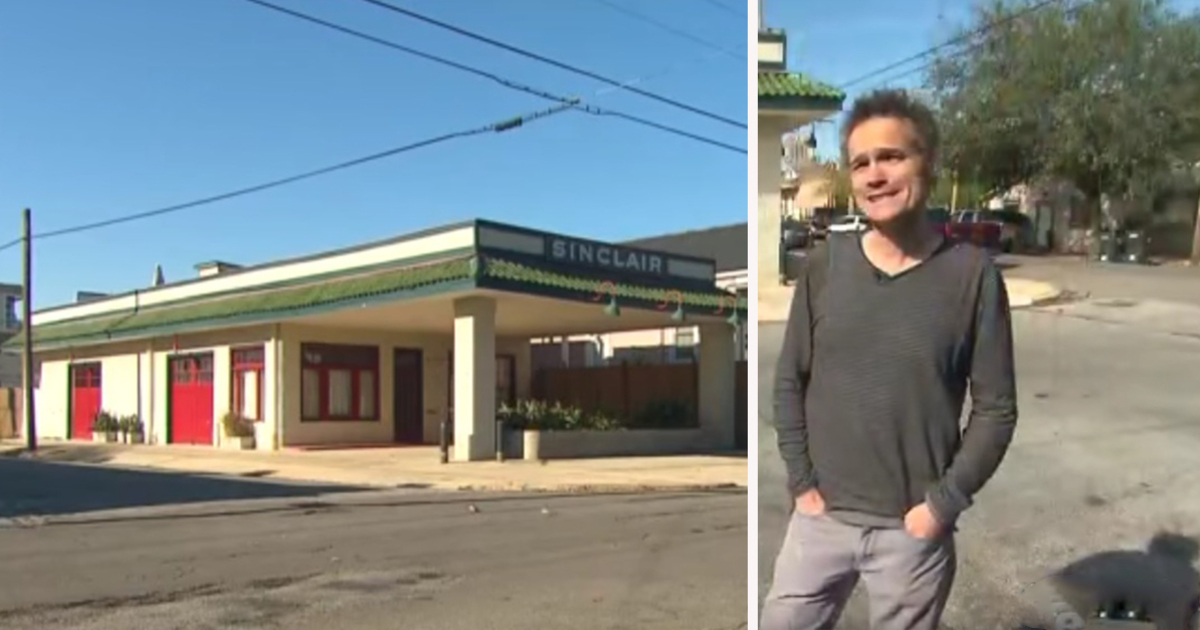 When Robert Guthrie told his young son that they were going to move into a gas station, the boy thought his dad was crazy. Still, Robert went ahead and bought a nearly 100-year-old gas station a couple miles from New Orlean’s French Quarter. Now, some years later, Robert’s idea doesn’t seem so crazy. He and his son have moved into their renovated living space and Robert’s dream has become the father-son duo’s dream home. Robert, who is also an artist, somehow managed to transform the gas station into a contemporary house with modern-looking amenities, while also paying homage to both the building’s previous life as Sinclair Gasoline and American car culture in general. Everywhere you look, there are exquisite examples of Robert’s artistic vision on display. From the hydraulic lift that holds up the staircase to the car emblems-turned-cabinet handles, every detail is in place. And the amazing thing is how all of the details hang together so well. “New Orlean’s is a different city, and this is a different place. I think it fits in just by being quirky,” Robert tells CNN. See Robert’s amazing house below!

If you were also surprised at how well Robert’s gas station-turned-house turned out, please share!