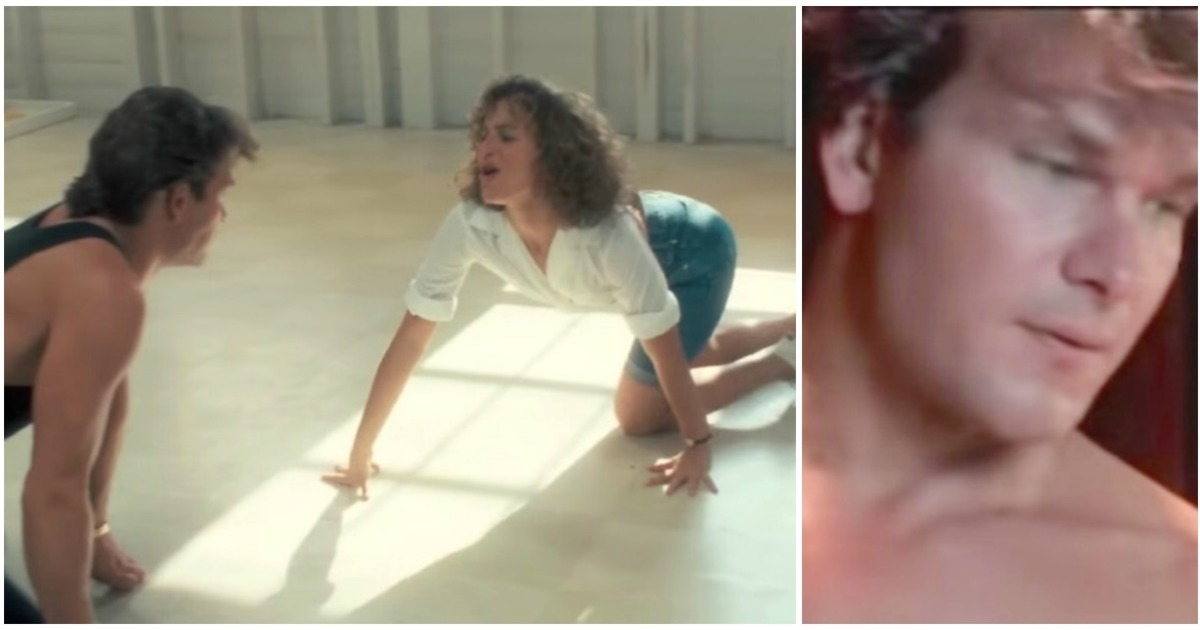 What could be better than curling up on the couch and turning on one of the most romantic movies of all time: “Dirty Dancing”?

When it opened, “Dirty Dancing” was a low-budget film without any big names to draw in the crowds. But as soon as the filmmakers and actors saw how audiences reacted to it, they realized that they’d probably made the movie of their careers.

“Dirty Dancing” premiered in 1987 and went on to become the first movie to sell over 1 million copies on VHS.

Maybe it was a coincidence (VHSs were all the rage back then), but I still want to believe that this amazing movie made people rush to video stores and buy a copy.

If you’re reading this, I’m guessing “Dirty Dancing” is also one of your favorites. But I bet you don’t know all of these 10 amazing facts about it!

1. The scene on the floor wasn’t planned

Patrick Swayze and Jennifer Grey were just goofing around on the floor while they were waiting to film a scene. But director Emile Ardolino liked it so much that he used the material in the film. Good choice if you ask anyone who’s ever seen it!

2. Swayze was offered millions to do a sequel

Not even $6 million could convince Patrick Swayze to get back in front of the cameras and film a sequel. He simply hated the idea.

Twenty years later, he changed his mind, however, and appeared in “Dirty Dancing: Havana Nights.”

3. The trees were spray-painted

The scene where Baby and Johnny dance in the water was filmed in mid-October. It was cold and the leaves on the trees were red and orange and falling to the ground.

The production crew had to spray-paint the trees green. But if you look closely, you can still see some leaves falling to the ground.

4. Swayze really did hate it when Jennifer laughed

In the scene where Johnny runs his hand down Baby’s arm, Jennifer couldn’t stop laughing. She was just too ticklish. So the frustration and irritation you see in Patrick’s face it was very real.

In the end, the scene was left in, and it’s considered by many people to be the most honest moment in the whole film.

5. Val Kilmer turned down the role of Johnny

Val Kilmer was offered the role of Johnny, but he declined, leaving the door open for Patrick Swayze.

Billy Zane was also a candidate, but didn’t get the part because he wasn’t a good enough dancer.

6. The leads were 10 years older than their characters

Jennifer was 26 years old when she was cast as 16-year-old Baby. She only had a few minutes to convince the casting directors that she could play someone so young.

Patrick was 34 years old when he got the chance to play 24-year-old Johnny.

7. Patrick did his own stunts

Patrick Swayze was stubborn and refused to let anyone else do his stunts in the film.

During the log scene, he fell and injured himself so badly that he needed medical attention and had to have fluid drained from his knee.

8. The main financial backer dropped out

The film’s main financier, Clearasil, dropped out and withdrew its money.

The reason? Screenwriter/producer Eleanor Bergstein refused to cut abortion storyline from the movie.

9. There were only two weeks of rehearsals

The “Dirty Dancing” production schedule was so tight that there were only two weeks to rehearse all of the dance numbers.

And after rehearsals, there were only 44 days to film. Isn’t it impressive that Patrick and Jennifer managed to learn all of their moves in such a short time?

The song “She’s Like The Wind” was originally written in 1984 for the film, “Grandview, U.S.A.” But when it wasn’t used it that film, “Dirty Dancing” got it!

The film’s most famous song, “(I’ve Had) The Time of My Life,” sung by Jennifer Warnes and Bill Medley, won the Academy Award for Best Original Song.

How many of these facts did you know? Share this list with your friends and family on Facebook so they can also discover the secrets of this amazing movie!