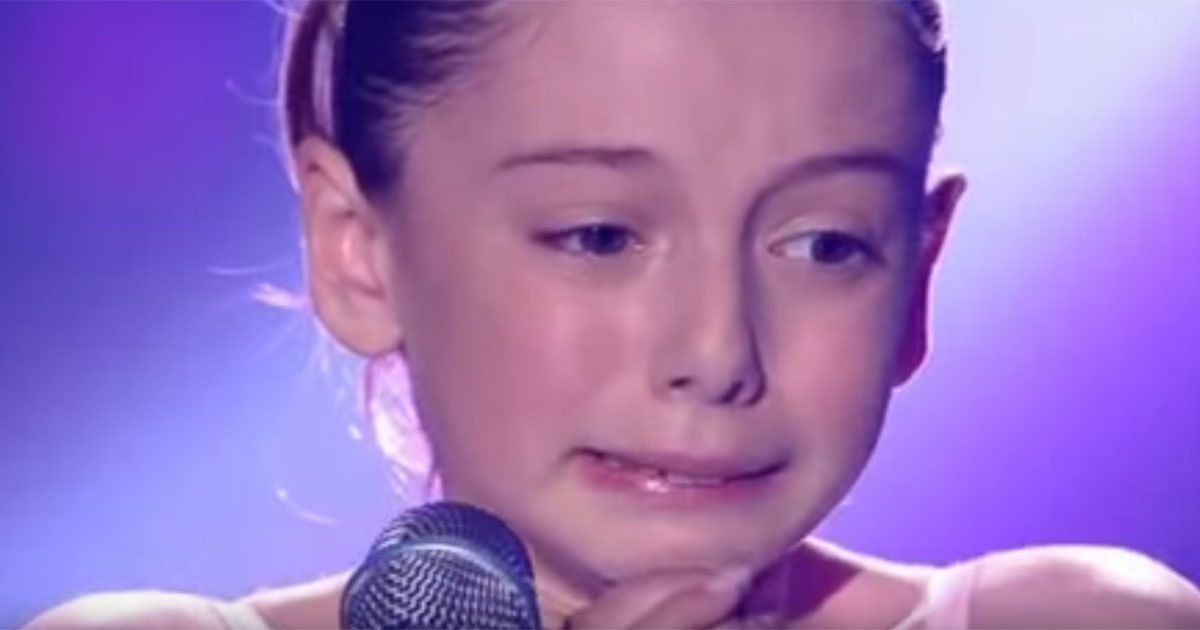 When Hollie Steel first got up on stag in ”Britain’s got talent” 2009 she knocked the jury of their feets with her incredible voice. She qualified for the next round and in the video below she’s about to make her apperance in the semifinal. Hollie Steel is only 10 years old and despite her last name it isn’t that easy keeping your nerve. Especially when your standing alone on a huge stae to perform infront thousands of people. She starts singing Edelweiss from Sound of music and the noise from the cheering crowd is massive. It isn’t hard to understanf how this gets a little overwhelming for this young girl. Halfway through the song she have a breakdown and rushes of the stage Just by stepping up on the stage this girl has accomplished more than most. But how nesxt thing she does makes a real inspiration. When she’s calmed down and had some water she asks if she can return to the stage. At first, there doesn’t seem to be enough time and Hollie has another breakdown. But Simon Cowell promises her they’ll some time for her to finish her performanca. Said and done, Hollie gets to return back up. She goes back up on stage, finishes the song with an even more impresive vocal performance than the first time. When the music stops she receives her praises from the judges “Hollie, you are now officially the bravest girl in the world, says Simon Cowell. If she makes it to the final? Definitely!