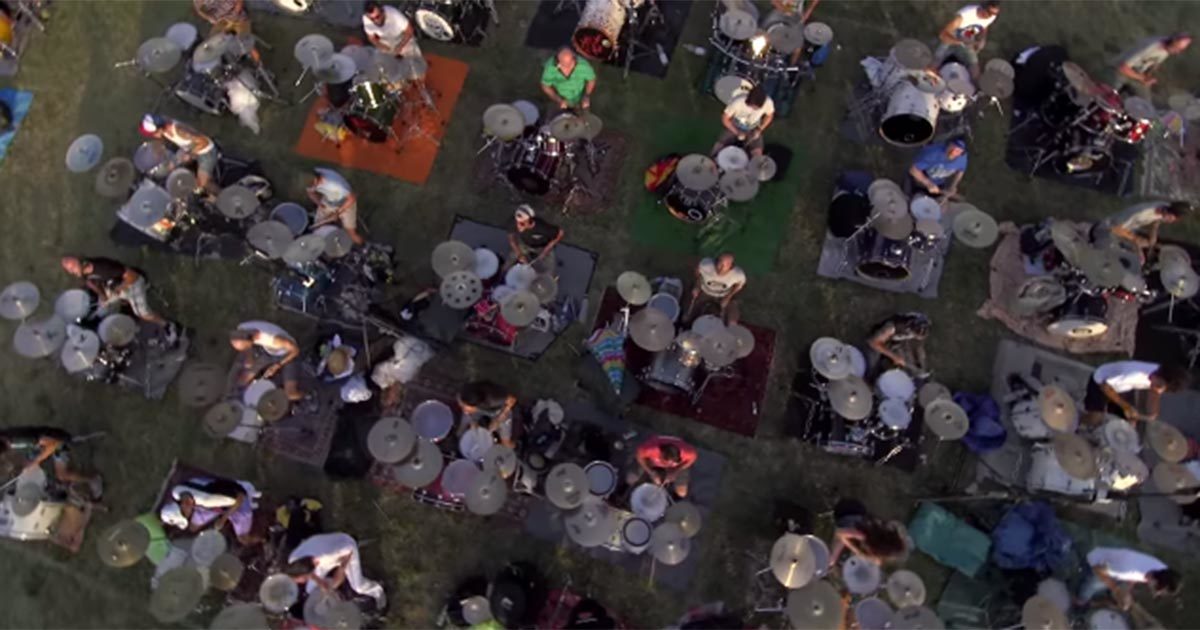 One thousand musicians met up at a park in Italy. There were drummers, guitarists, bass-players and singers. They had gathered at this place to perform a cover of Foo Fighters classic song “Learn To Fly”. The guy behind the initiative arranged this to convince the American rock band to come to his hometown Cesena in Italy and do a live show. And it looks like it worked. After watching this amazing video, Foo Fighters tweeted in Italian “Che Bello, Cesena. Ci vediamo a presto, Cesena” which means “How nice, Cesena. See you soon.” The video went viral this weekend and has been viewed over 17 million times. And when I’m watching, I really understand why. It’s just so good!