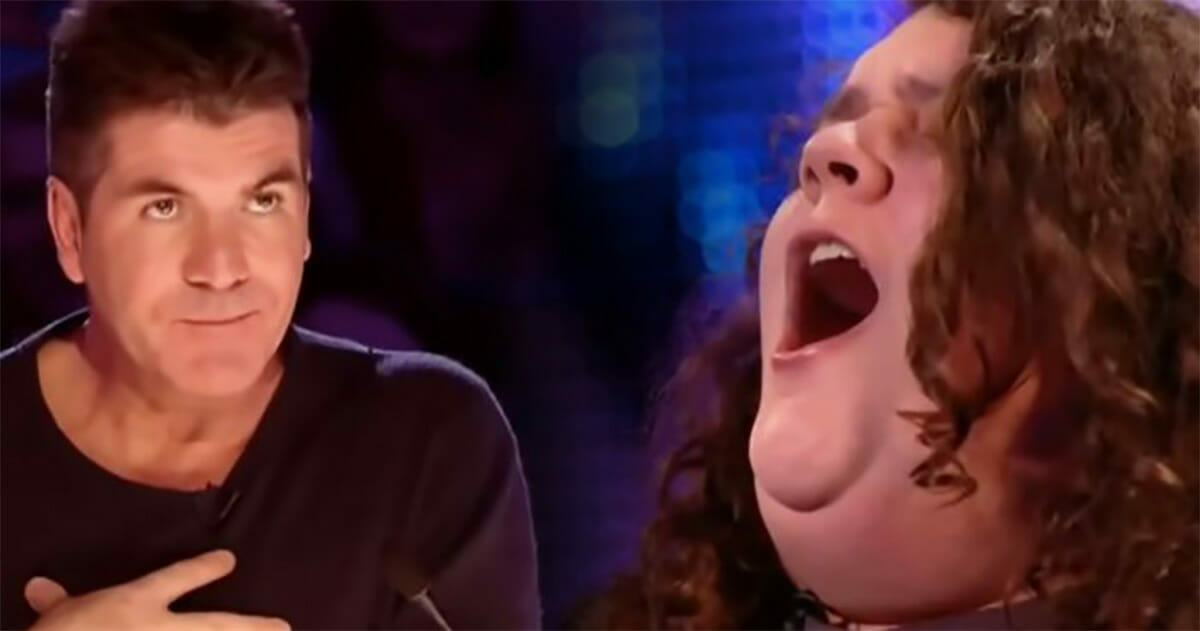 From an early age Jonathan was bullied for his size and with each cruel comment a piece of his confidence was taken away.

When he was in his teens his music teacher noticed Jonathan had a talent for singing and encouraged him to pair with his friend Charlotte.

Charlotte helped encourage Jonathan and decided the two of them should go on Britain’s Got Talent.

The audience and Simon Cowell don’t know what to make of shy Jonathan, who struggles to make eye contact with the celebrity panel.

But after their performance, everyone is on their feet and there isn’t a dry eye in the house.

Before the audition Jonathan admits that with every cruel comment he received “it would take a little piece out of me, in a sense.”

Charlotte said she had become quite protective of Jonathan and he credited her with the reason he had the confidence to audition for Britain’s Got Talent.

“Before you make a judgment on someone you really need to get to know them,” big-hearted Charlotte said.

“Are you shy?” judge Simon asked Jonathan while the terrified teen looked at the floor and shrugged.

The pair from Essex, England, sing their own rendition of “The Prayer,” as an eye-rolling audience look at each other, unsure of what to expect from this nervous pair.

Despite Jonathan starting too early and his hand shaking, he immediately wows the audience and after a few bars everyone is on their feet in amazement at the two opera singers.

“Wow, wow, wow!” Simon said, still standing, after the pair finished. But you can barely hear him over the screaming from the audience.

All the judges were struggling to find words to express how amazed and impressed they were. Simon looks straight at Jonathan and says, “You are a future star.”

But in true Simon Cowell-style he was brutally honest expressing his fears that Charlotte could hold the talented Jonathan back and even suggests to “ditch her.”

To which unassuming Jonathan replies: “We’ve come on here as a duo,” he said, “and we’re going to stay as a duo.”

The talented pair went on to reach the finals and have since recorded two albums together.

See their talent for yourself in the clip below.

If ever there was a perfect example of not judging a book by its cover, it’s Jonathan. Their performance gave me goosebumps.

The very last second of the clip, he says “this is gonna be life changing,” and she responded so sweetly, “yeah, ..I think for you.”

??????? so incredibly heartwarming to see someone truly help lead someone to their happiest place and possibly gain nothing from it but a great friend. So awesome.

Please share to wish this talented pair all the success in their future careers.