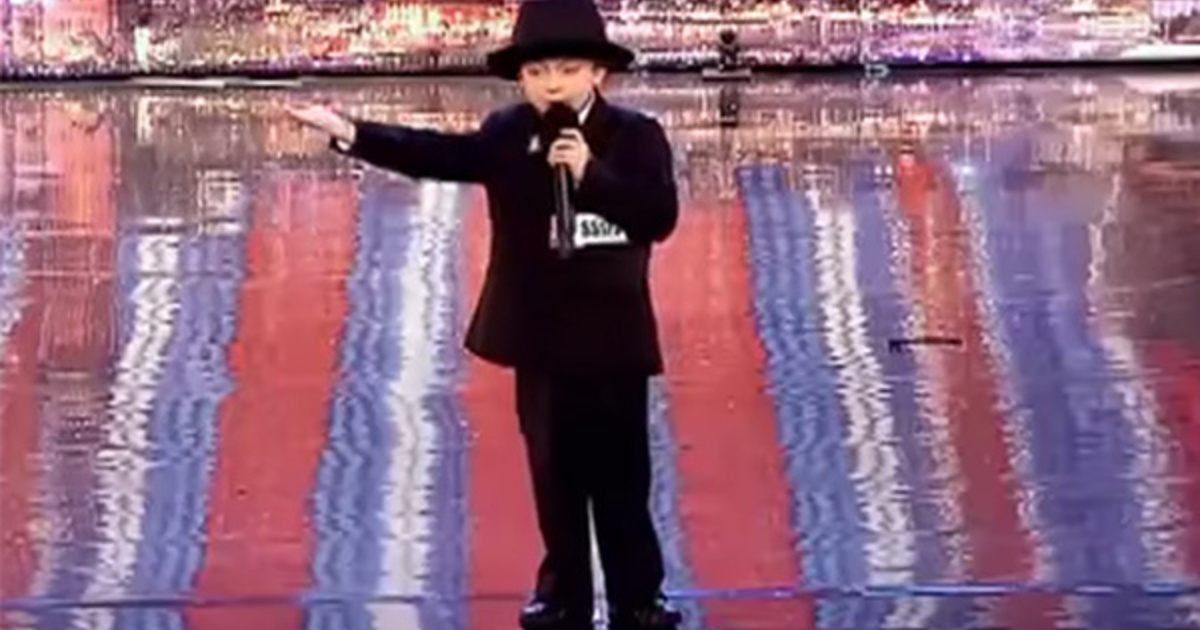 Frank Sinatra’s amazing voice remains one of the best of all time. But it was not only his voice that led to his fame. His tremendous charisma on stage, well-tailored suits and iconic hat all helped shape him into one of the top music legends of all time.

Personally, I’ve long been a huge fan of Sinatra’s classic “My Way”, which I consider one of his greatest hits. The song has been interpreted, and re-interpreted many times.

But I’ve never quite heard anything like little 7-year-old Robbie Firmin’s rendition.

The young boy picked this classic for his audition for the jury on popular tv talent show, Britain’s Got Talent. The outcome? He had the jury and the crowd charmed in seconds.

Then, just when the audience think it’s all over, he confidently signals to them that it isn’t – and ends with a powerful finale, sending the crowd into a frenzy.

I thought it was incredibly brave of such a young boy to audition in such a big competition and I just loved watching him sing. Have a look for yourself below.

Isn’t Robbie the sweetest boy ever? Please share to bring a smile to a friend’s face today!