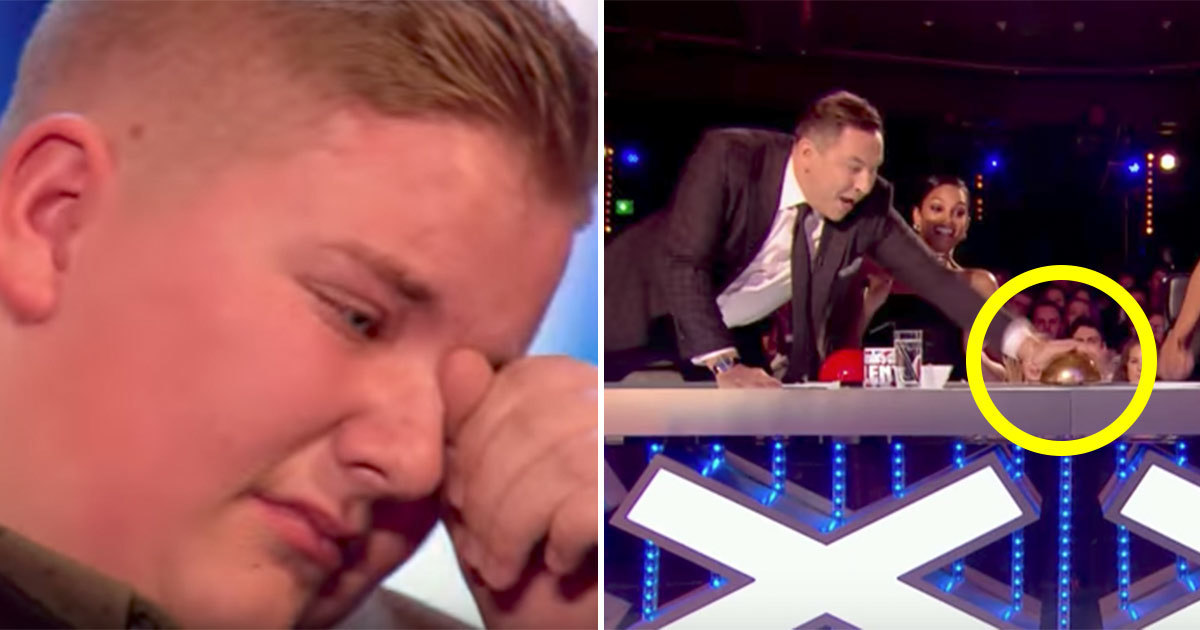 There’s not much worse than when someone tells you straight to your face that you’re not good enough.

But there’s also nothing like the sweet revenge of coming back stronger than ever and proving that doubter wrong.

Three years ago, the then 12-year-old Kyle Tomlinson decided to do something that took guts: get up onstage in front of thousands of staring people and audition for “Britain’s Got Talent.”

But unfortunately, the audition didn’t go as well as Kyle dreamed. After he sang, one of the judges, David Walliams, told the 12-year-old he should get a singing teacher —and that was it. Hi, goodbye, adios. End of story… or so it seemed.

But Kyle refused to give up. He got that singing teacher and worked hard so he could prove David Walliams wrong.

Then after three years of training, Kyle was ready to try again.

This time, Kyle chose Leonard Cohen’s masterpiece “Hallelujah.” He poured his heast and soul into his performance and when he was done, the audience and judges jumped out of their chairs and gave him a standing ovation. A new star was born, and each judge praised him more than the last, until it was David Walliams’ turn to weigh in.

But this time there was no stinging critique. The previously skeptical judge shouted, “IT WAS IT REALLY GOOD!” and slammed down the Golden Buzzer, advancing Kyle to the next stage of the competition regardless of how the other judges voted. Talk about the perfect revenge!

What a wonderful comeback, Kyle! Share if you also think that more people should hear his moving performance of Leonard Cohen’s “Hallelujah.”