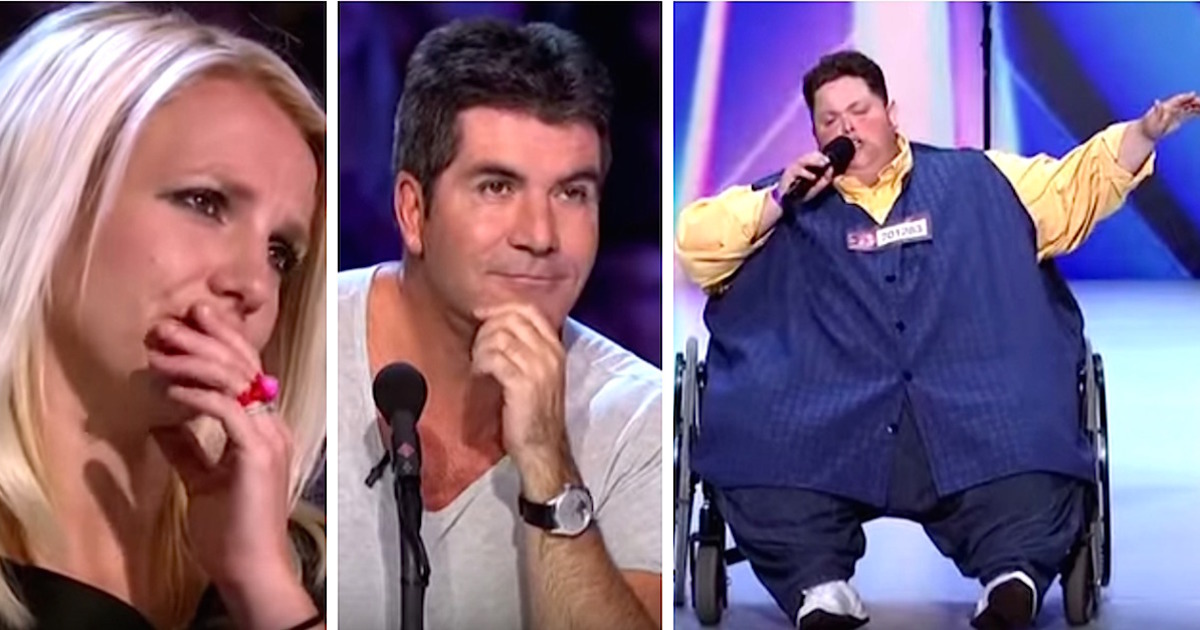 40-year-old Freddie Combs is a minister and a loving husband – but he is probably best known for having delivered one of the most surprising and touching performances in X-Factor history.

The 540-pound man – who had already lost 380 pounds after nearly dying from obesity – was rolled out on stage by his wife, Kay.

His appearance attracted immediate attention, but as soon as Freddie exposes his heavenly voice, both the judges and the audience are shocked to say the least. He decided to sing Bette Midler’s hit song “Wind Beneath My Wings” and he does it simply beautifully.

Britney Spears from the jury is moved to tears by Freddie’s “courage and determination to publicly practice his passion, despite the risk of being mocked and ridiculed because of his body.”

Freddie wants nothing more than one thing – to dedicate the song to his wife, who he says stood by him through thin and thick (no pun intended).

“My biggest dream would be to give hope to people who are my size, you know, that they can achieve their dreams.”

This is further proof that you should never judge a book by its cover! Please share if you want more people to experience this awesome performance!