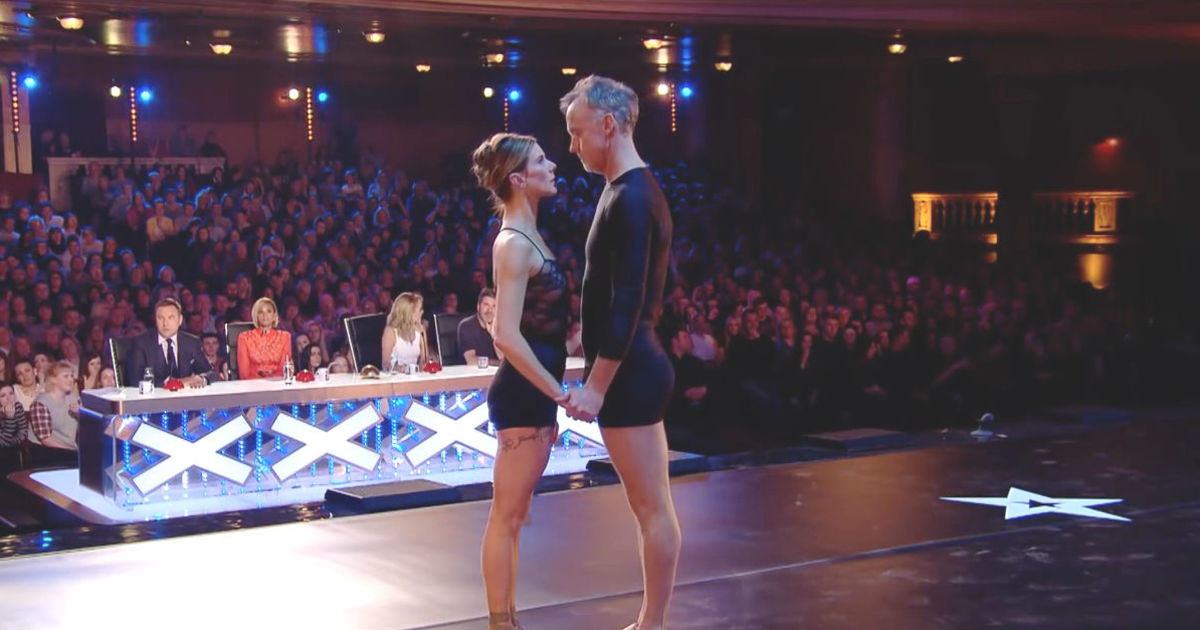 There’s a special magic that happens when a couple meets while doing what they’re passionate about. And when that passion is dance, we the audience gets to see that passion and intimacy, as well. So when husband and wife dancer partners Peter and Shannon took the stage on “Britain’s Got Talent,” recently, I was eager to see if sparks would fly.

Dancer Shannon moved from America to the UK to join a professional dance troupe. She only planned on staying a year, but when she fell in love with fellow dance troupe member, Peter, her plans changed. Shannon ended up staying and building a family with him and for a while, they continued dancing together. But a few years having a daughter, they retired to focus on caring for their daughter and later their son, and teach dance lessons.

Now 15 years later, the couple’s children are both teenagers and Peter and Shannon have more time to dedicate to dance. So what better way to come out of retirement than to perform in front of Simon Cowell and the rest of the “Britain’s Got Talent” judges? I wondered if they’d still have the passion that brought them together in the first place. But as soon as they start dancing, it became clear.

The couple’s elegant choreography and their intimacy and affection for each other is breathtaking, so it’s no wonder that even Simon had a huge grin on his face for most of the performance. And then there was the dancers’ son. He gasped with amazement at least a couple times as his parents gracefully couple spun across the stage. And so did I. Yes, the magic is still there!

Watch this passionate couple’s performance below:

Share this video with everyone you know who loves dance and believes in romance!
Published by Newsner, please like