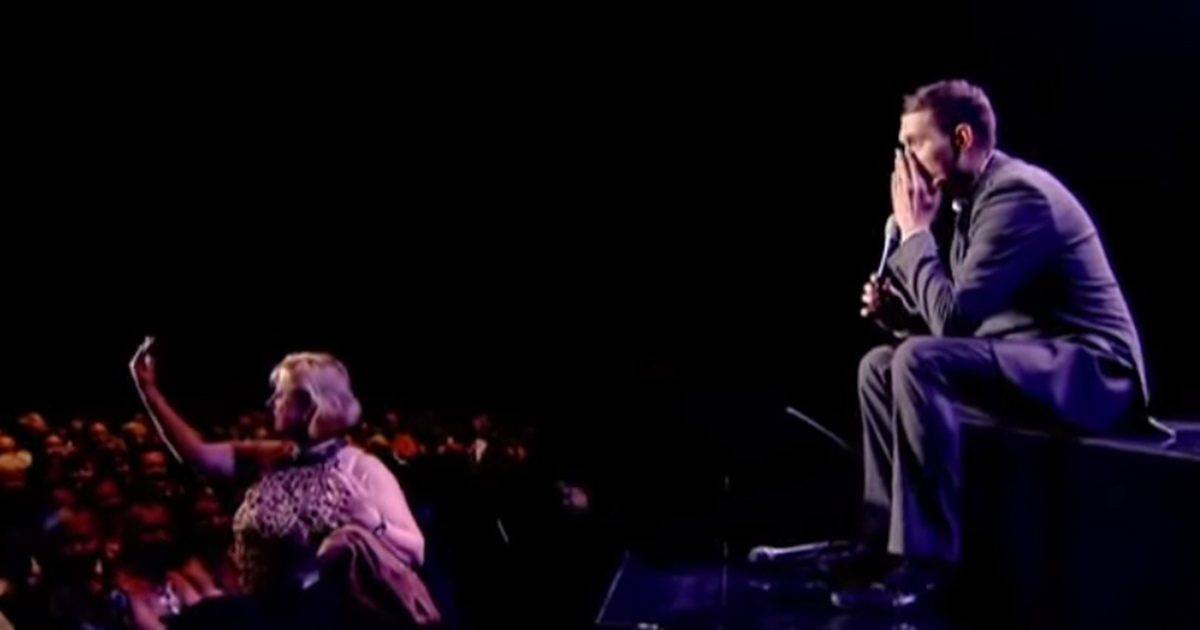 This clip is from Michael Bublé’s TV Special This Is Michael Bublé. We watch as a mother unexpectedly interrupts his show. It’s unclear why. But she is soon calling over her 15-year-old son who she claims can really sing. Bublé takes it with humor and invites the teenager to approach the stage. He sings the first line of his classic cover of “Feeling Good”, then passes the mic over to the 15-year-old so he can continue… Barely three words out of the teenager’s mouth and Bublé is completely stunned. He invites him to join him on stage, where they sing a most awesome duet. One that led to over 10 million views on YouTube. You’ll understand why when you watch the video 🙂