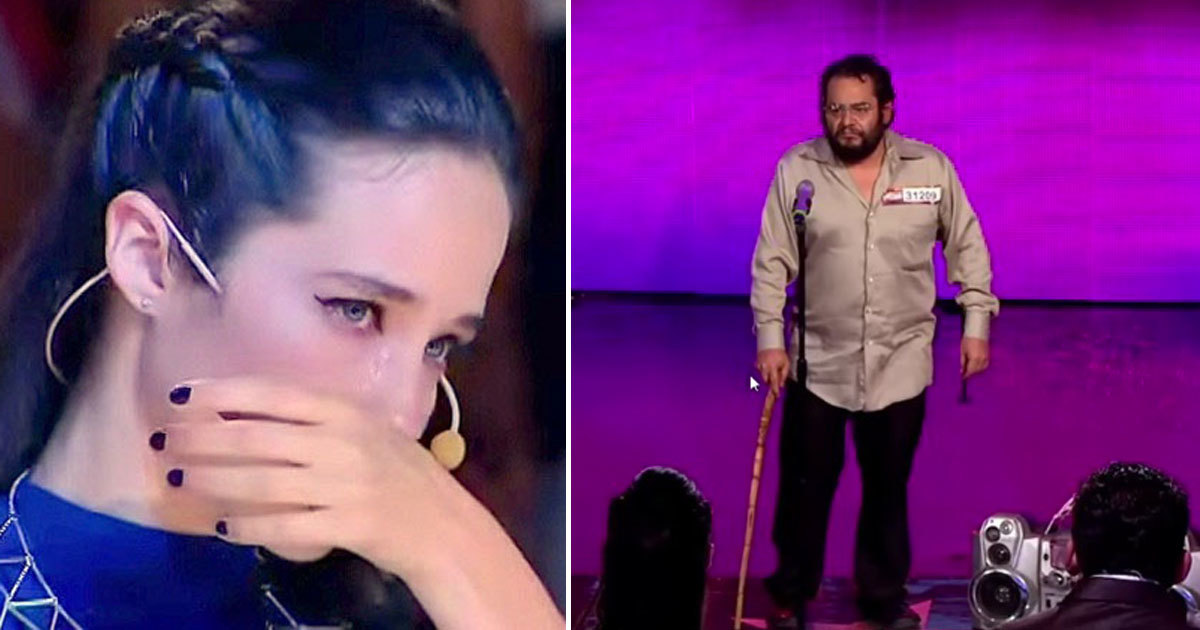 If you were to judge a book by its cover, you might not think much of Pablo Lopez. The street performer appears a bit scruffy when he walks on the Mexican counterpart of “America’s Got Talent”. One glance at Pablo, and few likely believed he would make much of a lasting impression. Not a positive one at least. Pablo explains that he hasn’t had an easy life. He was homeless at a young age, and was later adopted by an American couple. At age 18, he returned to his native Mexico, but once there he ended up addicted to drugs – again. He slept on the street and at bus stops. He ate whatever he could find. He mostly supported himself by playing the flute in the subway. All this considered, one might expect Pablo to show signs of nervousness after stepping on stage. But it’s the contrary that is true. He seems to believe the stage is his rightful place. And when he opens his mouth and powerfully starts to sing “Old Time Rock And Roll”, I can only agree!