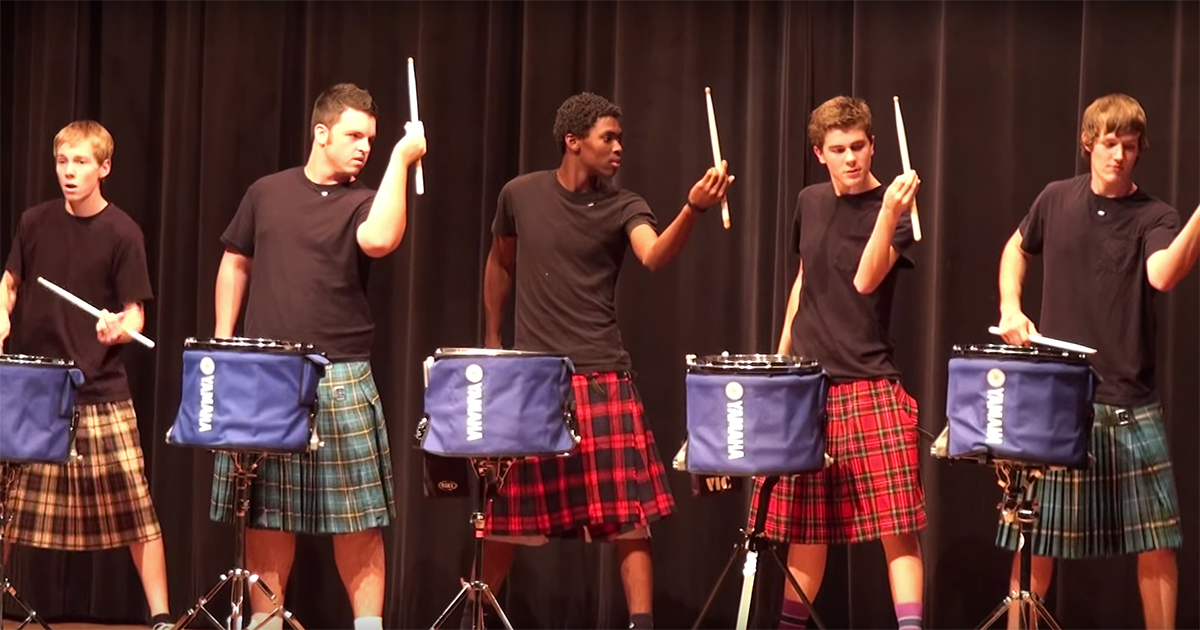 When Lake Howell High School announced it was putting on a talent show, no one could have imagined the kind of talent that hid among its student body.

But a video of one particular performance from the talent show didn’t just amaze the school’s students, teachers, and parents—it was also a hit on youTube, where it racked up more than 10 million views.

Students Nigel, Dylan, Matt, Elias and Jordan called themselves “The Hot Scots” and put on a drumming performance that is as entertaining and uplifting as it is breathtaking.

It all starts when one of the guys walks onstage. He’s dressed in a kilt and looks a little awkward in front of all those drums.

Soon, he’s joined by his four buddies, also wearing kilts, and any shyness just fades away.

As soon as these guys start beating their drums, the audience cheers. And by the end, the crowd absolutely loses it when the performance takes an unexpected turn.

Didn’t these guys put on an incredible show? Please share their performance with your friends!