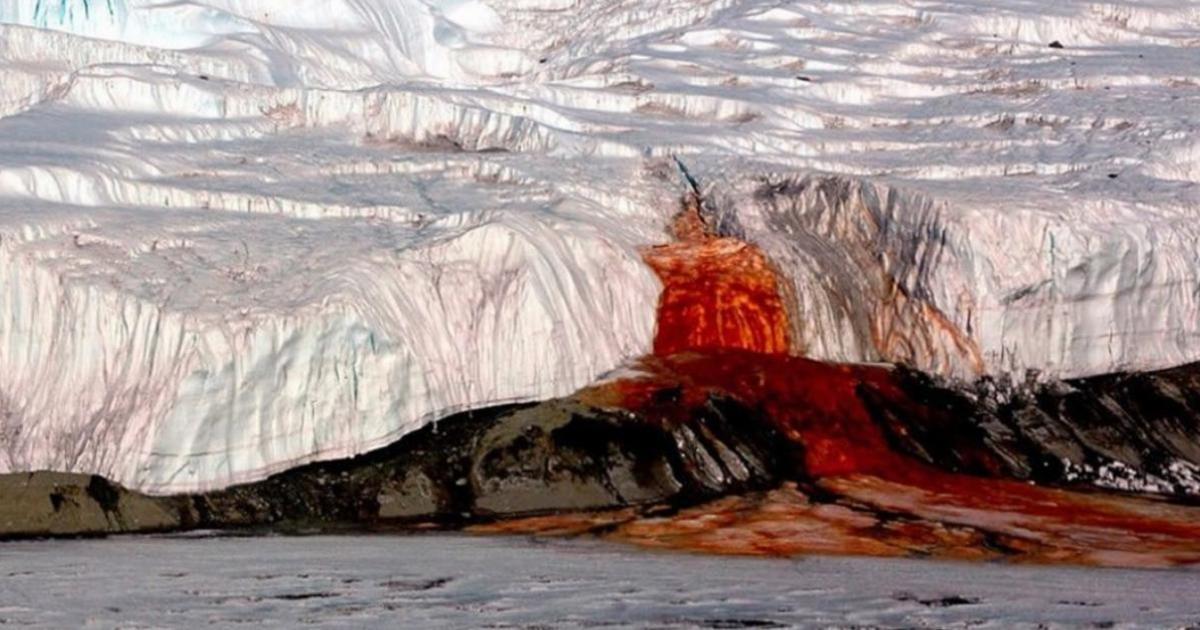 The fact that our world is full of incredible natural phenomena is hardly news, but some things are obviously harder to explain than others.

In 1911, researchers in Antarctica made a remarkable discovery that left them mystified for decades.

Flowing from the tongue of Taylor Glacier, they saw what looked like a blood-red waterfall.

After the discovery, the site was dubbed “Blood Falls.” But it took until now—106 years later—for the secret of the deep red color to be revealed.

Researchers had long pondered the cause of the waterfall’s unique color. But they couldn’t find any algae or anything else that could be staining the glacier.

But now, a team of scientists from the University of Alaska-Fairbanks has made a groundbreaking discovery using state-of-the-art technology.

Thanks to radio-echo sounding (RES), researchers determined that the water consists of iron in the briny saltwater.

The iron is oxidized when it comes in contact with oxygen and takes on its blood-like color.

RES also showed that the water comes from a 300-meter-deep, 1.5 million-year-old brine lake under Taylor Glacier,.

It’s an amazing discovery, to say the least. But it’s also pioneering in the research world, because it shows that water can flow through extremely cold glaciers.

Until now, something like this was considered impossible in principle.

It’s really fascinating that this riddle got solved 106 years after the discovery, and that a 1.5 million-year-old salt lake was behind it—a cause that scientists could hardly have imagined.

Please share this article if you also think that Mother Earth is amazing!