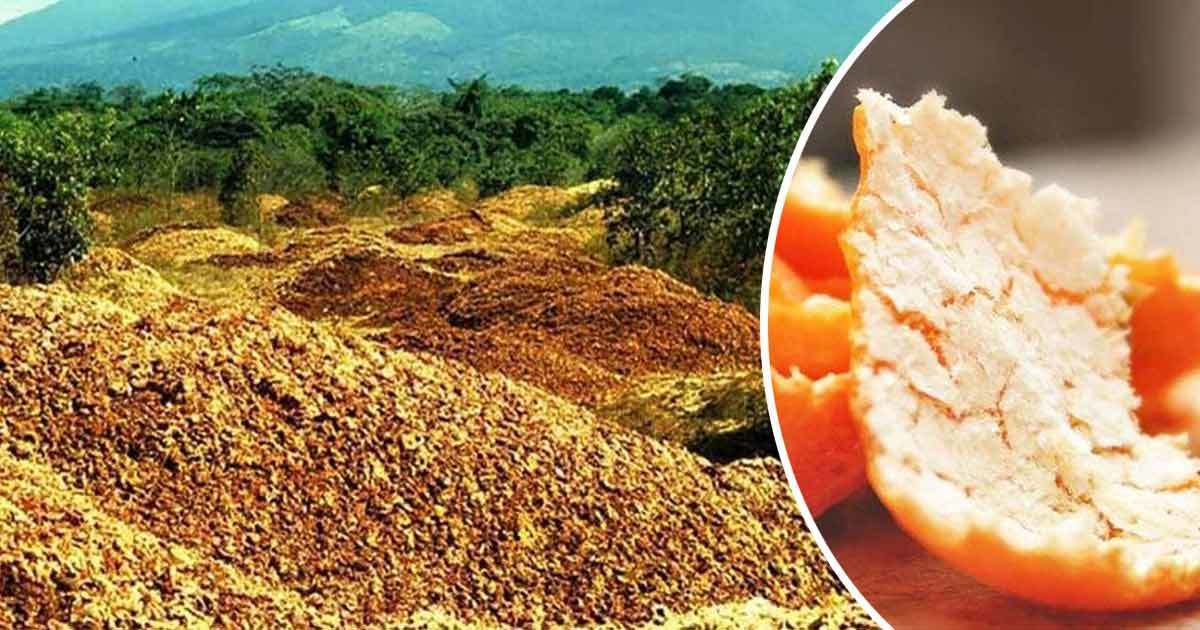 For decades, countries around the world have been burning down their rainforests — especially South America, where vast swaths of land have been deforested to make room for the palm oil industry, for example.

But luckily, there are some people out there who are trying to save these important ecosystems, like a couple from the United States who helped get countless orange peels dumped on deforested land in Costa Rica in the late 90s.

Now, more than 16 years later, the results are surprising people all over the world.

In the late 90s, husband-and-wife ecologists Daniel Janzen and Winnie Hallwachs from the University of Pennsylvania struck a deal with an orange juice manufacturer in Costa Rica. The couple asked the company to donate part of their forested land to a conservation area and in exchange the company would be allowed to dump its orange peel waste in the middle of a pasture at no cost. It was an intriguing offer, and the company agreed.

A year later, a rival orange juice company sued to get the first company to stop dumping its waste in the field. The second company said that the orange peels were defiling the land.

By the time the first company was forced to stop, it had dumped 1,000 truckloads totaling over 12,000 metric tons of orange peel waste on the deforested land. And then, the experiment was forgotten and the land was left untouched for over a decade.

Before the experiment ended, the two American ecologists had placed a sign on the site. And when they returned 16 years later, they had difficulty finding it again. The sign was nowhere to be seen, even though they double checked to make sure they were in the right place.

Of course, they were in the right place, but the landscape had been completely transformed. During the previous 16 years, the orange peels had shrunk and laid the foundation for new life to flourish in the regenerated landscape.

The rainforest had taken on a whole new life. Trees had grown tall and strong and several species of of animals, including ferrets, had moved into the area.

The ecologists’ incredible discovery revealed an important new lesson for ecologists: it turns out that fully deforested areas can come back to life. This means that if more projects like are taken up, they could help slow climate change.

Princeton University recently published a study on the land — and not long ago, Janzen and Hallwachs were finally able to locate the sign they all those years ago. It was covered over by the amazing growth that’s taken place back 16 years before.

Thanks to the humble orange peel, ecologists have discovered something amazing — something that could even change the future of our planet. Hopefully, it will also inspire many more similar projects in the future.

What a wonderful discovery! Please share this article if you also thought this was awesome.