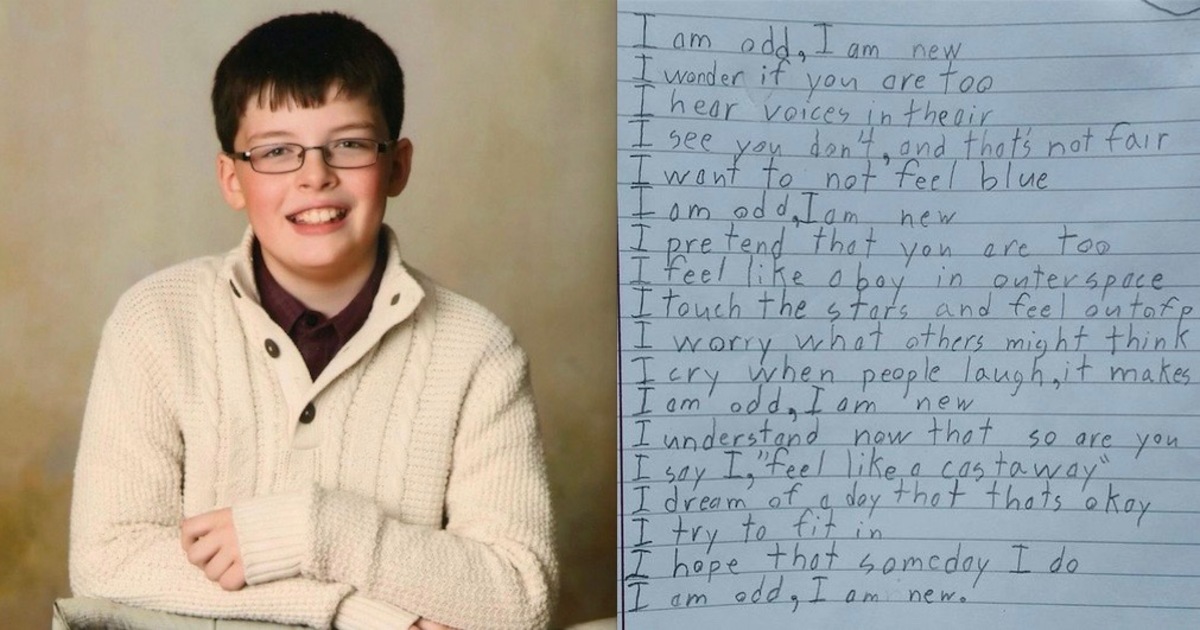 When 10-year-old Benjamin Giroux was asked by his teacher to write about anything he wanted, the boy took the opportunity to try and show others what it’s like to live with autism. Throughout his life, Benjamin’s deepest wish has always been to feel like his peers. But living with autism, he rarely does. So, Benjamin wrote a poem entitled “I Am” to describe his feelings about having autism and the thoughts he has to contend with every day. And it’s not hard to be touched by his words.

Benjamin’s poem about what it’s like to be autistic has spread like wildfire across the Internet and it’s been shared by thousands of people.

The poem has given a voice to all those who have autism. And it describes, in a moving way, the thoughts autistic people are forced to contend with.

“We were both so proud, and yet so heartbroken, that this was how he felt,” Benjamin’s father, Sonny, told the Huffington Post when asked about his son’s poem.

“Each like, share and comment he’s received since has made him feel like not only he does fit in and belong in this world, but has also moved him beyond words that he’s touched so many,” said Ben’s father, Sonny.

Feel free to share Benjamin’s moving words. Together we can help each other increase our understanding of what it’s like to live with autism.
Published by Newsner, please like