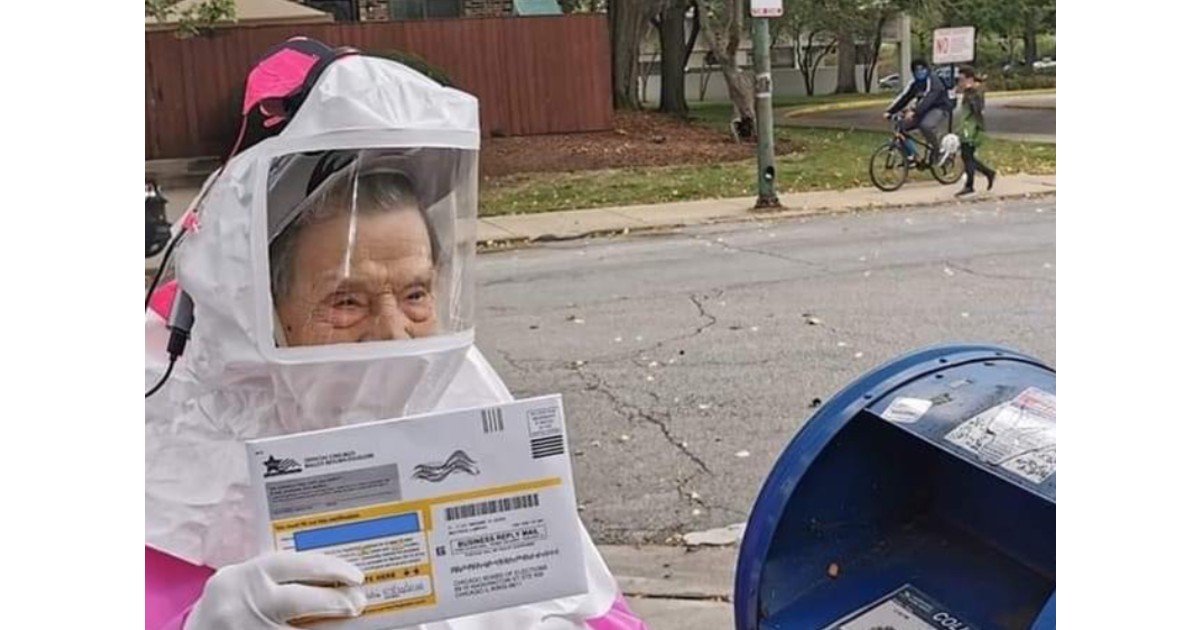 Have you made a plan for how you will vote this year? Perhaps you’ve already voted.

Despite the outrageous lies President Trump has told the American public, Bea Lumpkin, 102, recently dropped her ballot in the mailbox near her home in Kenwood, Illinois.

“I think that in this election more than any other that I’ve taken part in, the only way we can answer it is for the people to come out and vote and stay active to a degree we’ve never seen before,” she told Good Morning America.

“When I was born, women couldn’t vote,” Lumpkin told WBBM. “And second, because it’s the most important election of my lifetime. The very future of democracy is on the line.”

Lumpkin, who was born in 1918, grew up in New York and worked in the defense industry during World War II. She moved to Chicago in 1949 with her husband and publicly fought for various social issues.

In 1965 she started working for Chicago Public Schools and remained active with the Chicago Teachers Union for decades.

She’s voted in every election since 1940, and she wasn’t going to let the uncertainty of 2020 keep her away.

So wearing PPE, she delivered her ballot to a mailbox and had her grandson document the occasion.

“Everybody needs to come out and vote, but I would make a special appeal to women,” she told Hyde Park Herald.

“When I was born, women didn’t have the right to vote. Now, not only our right to vote is threatened, but so is every other right important to us. Let’s come out and vote in proportion to our numbers, and I feel that women will respond.”

It’s so extremely important that we all make sure we’re registered to vote and then when it comes time that we make sure we vote, however we choose. Our voices matter!