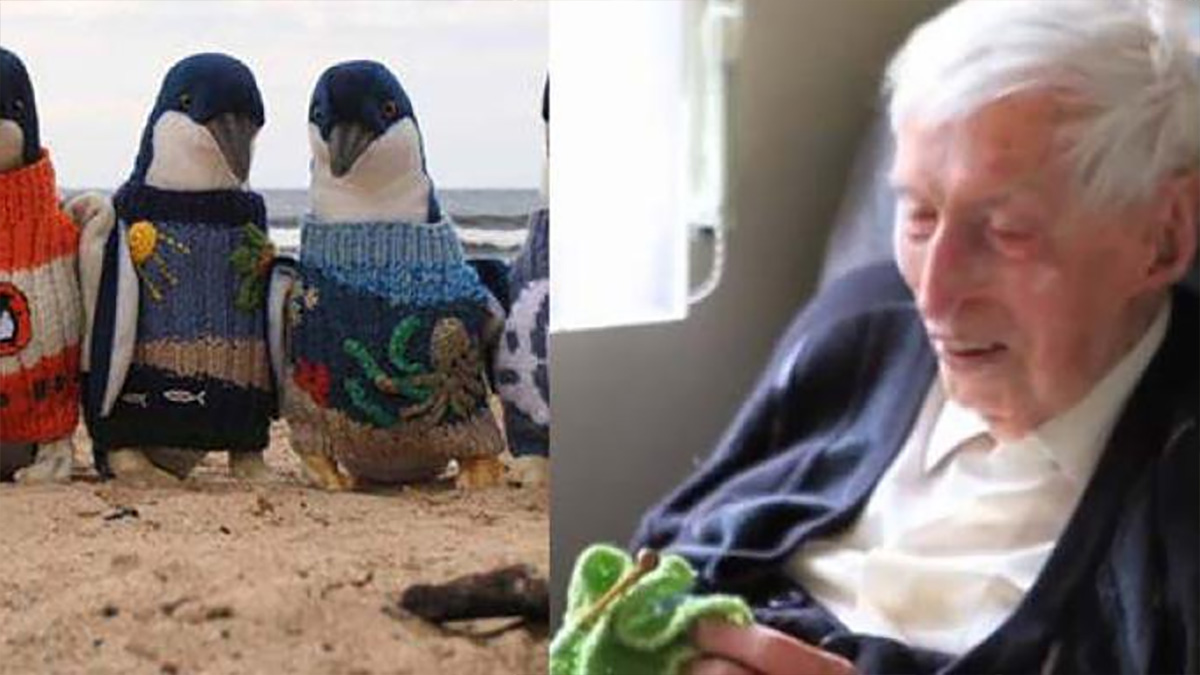 They say the key to living a long life is to keep your brain active, among the many other theories as to why some people live past 100 years old.

But one centenarian in Australia not only kept his brain active but also his fingers by knitting the most adorable sweaters for little penguins recovering from exposure to oil spills.

Alfred Date knitted hundreds of these colorful and adorable items of clothing to help keep these sweet creatures dry while they recovered.

The skilled craftsman, who passed away in 2016 aged 110, was taught how to knit in 1932 when his sister-in-law asked him to learn so he could knit a sweater for his newborn nephew.

Alfred, known as Alfie, continued his crafty pasttime for 80 years and after moving into a retirement home in New South Wales he was approached by two nurses who said to him: “We believe you can knit.”

They introduced him to the program Knits for Nature, set up by the Penguin Foundation which says when penguins become “oiled, they will try to preen and clean the toxic oil from their feathers, ingesting it can kill them.

“It also damages their delicate feathers which exposes their skin to cold temperatures and they are left cold, heavy and unable to swim or hunt for food.”

Little penguins are found along the coasts of New Zealand and Australia; in Australia hundreds of little penguins have lost their lives to oil spills.

“Thankfully 96 percent of them were successfully released and penguin rehabilitation jumpers played quite a big part in that.”

Alfie was always willing to lend a hand and admitted he had never been able to say no to helping.

“The girls who used to work for me, they’ll tell you I’m a sucker. I can’t say no. It’s a good way of getting along in life. You make friends all the time but you don’t make a fool of yourself either,” he said, as per Yahoo News.

Alfie was born in North London in 1905 and had 20 grandchildren.

Danene Jones, a spokesperson for the Foundation, said that they were privileged to have had the centenarian helping their program.

What a wonderful man to give his final years to helping these little creatures.

Please share to pay tribute to such a talented and big-hearted man.