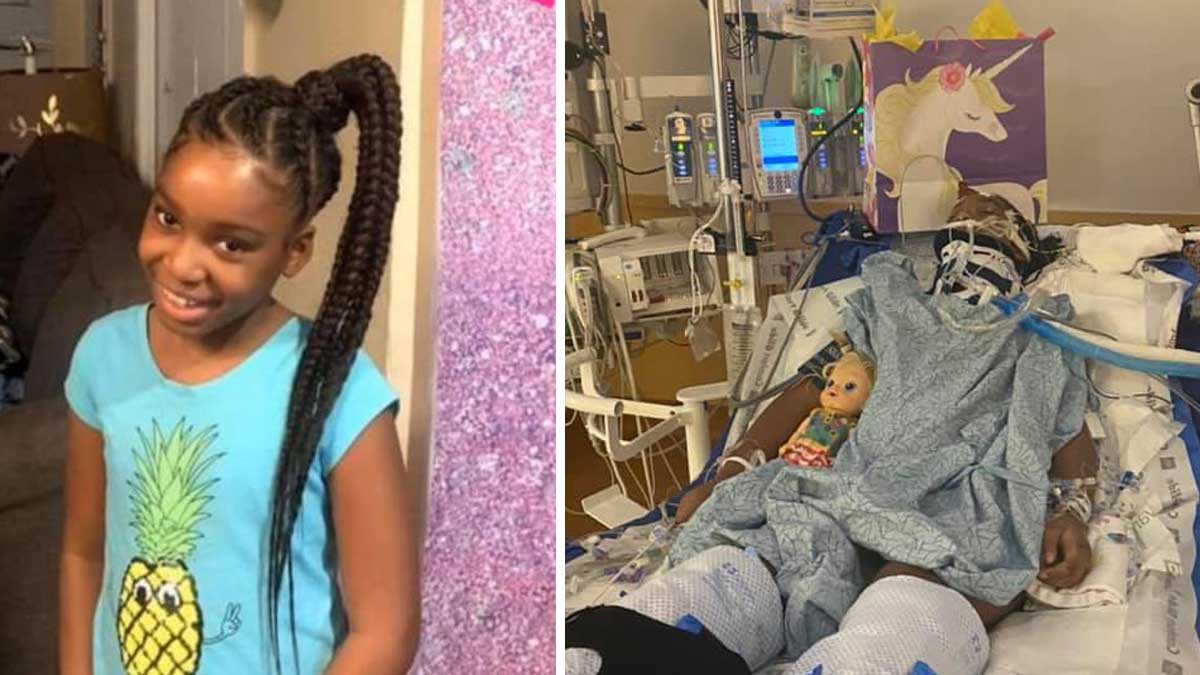 Lanita Mitchell says goodbye to her daughter every morning before she makes the short journey to the school bus stop, right across the street from their home in Texas.

But on September 16 five minutes after her 11-year-old daughter left for school, there was a hurried knock on the door and Lanita was told her daughter had been hit by a car as she crossed the street.

“I saw my baby just lying down with one shoe on the left and her backpack to the left,” Lanita recalls.

Ne’maya Mitchell had been hit by an SUV in north Harris County, Texas when her mother found her she was unresponsive.

“I dropped to my knees, and I couldn’t even touch my daughter,” Lanita said.

Her daughter was rushed to Texas Children’s Hospital where she’s been ever since.

“I got a call last Saturday that they are putting her back on life support,” Lanita told ABC News at the beginning of October. “She is fighting for her life. She is in critical condition. Her brain function, there is fluid, fractured rib, lungs, liver.”

The driver of the car which hit Ne’maya Mitchell didn’t see the young girl and no charges were filed. The driver stayed at the scene and deputies said there was no signs of impaired driving or distraction so the investigation has been closed.

“You don’t want to get a call that someone hit your child,” she said. “Your heart drops. I’ll never forget that day.”

According to an update on a GoFundMe, which has raised more than $3,000, Ne’maya has been moved out of the ICU and into a recovery room.

Lanita continues to share updates of her daughter’s progress on Facebook, and says that although she is still unable to talk or go to the bathroom the important thing is that she is breathing and alert.

Lanita Mitchell remains faithfully by her side, requesting prayers for her daughter’s recovery.

I hope and pray Ne’maya makes a full recovery.

Please share to remind drivers to look out for school children and to help get more support for this family.