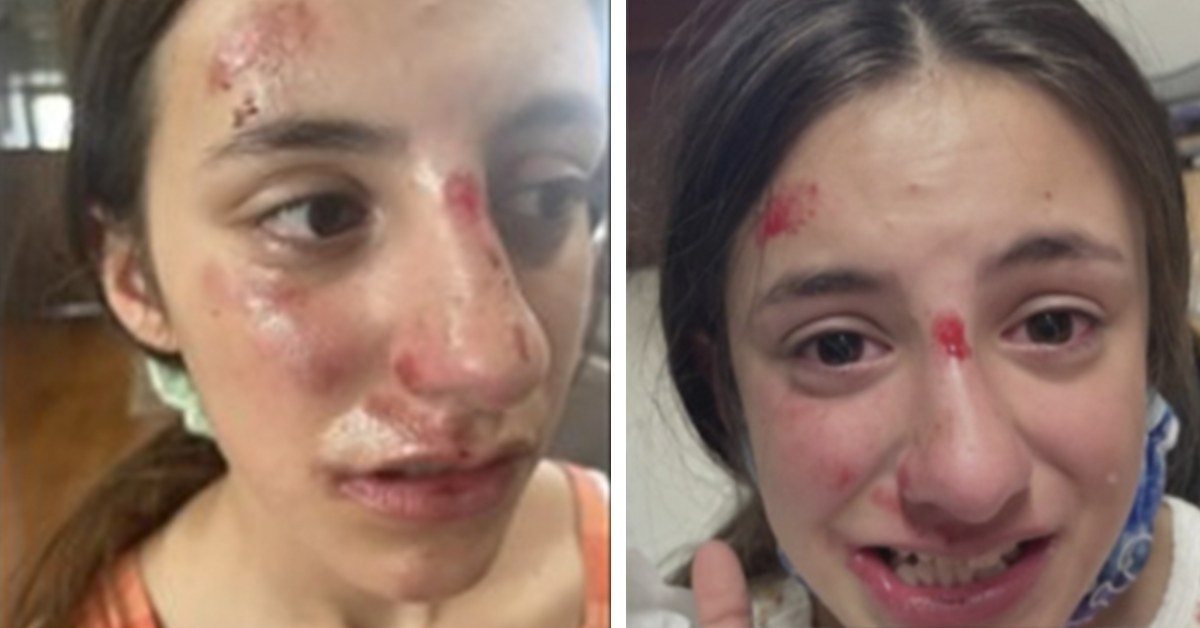 A 13-year-old was left bloodied and bruised after she was attacked by another girl during a PE lesson at her school.

Her family are fuming after the school refused to call the police and said her attacker would get two days suspension after the incident last Thursday.

Meanwhile the victim seventh grader Charlee Funes has not been able to return to school at Gardner Grade School in Grundy County, in Illinois, because she’s so afraid.

“She took her chest on my back and pushed me down,” Charlee told 6 ABC News.

When the school was slow to act on the incident Charlee’s oldest brother posted pictures of her on social media.

The girl’s mother, who took her daughter to hospital after the incident, is calling for the girl to be expelled as she believes other girls have been victims of her bullying.

“I was told the girl would receive two days’ suspension. And no charges would be filed against the girl because it was her first offense,” Kim Funes told 6 ABC News.

“I taught my kids to do unto others as they want to be done unto them,” she added.

Meanwhile Charlee, who is recovering at home told 6ABC News: “It makes me happy to know that I have family supporters.”

The school district superintendent sent a statement to families following the attack saying student safety was a priority.

“While the District is unable to share the details of the investigation and the actions taken to respond to the misconduct due to student confidentiality and privacy laws, the District takes all incidents of misconduct seriously and our student’s safety is always our first priority.”

I don’t know where the PE teacher was when all this was happening. I can’t believe the injuries this child endured at school, I don’t blame her for not wanting to go back, especially since her alleged attacker is already back at school.

When a child isn’t safe in lessons at school then officials need to act quickly and enforce a stricter policy than two days suspension. But what do you think? Let us know in the comments section below and share this story.