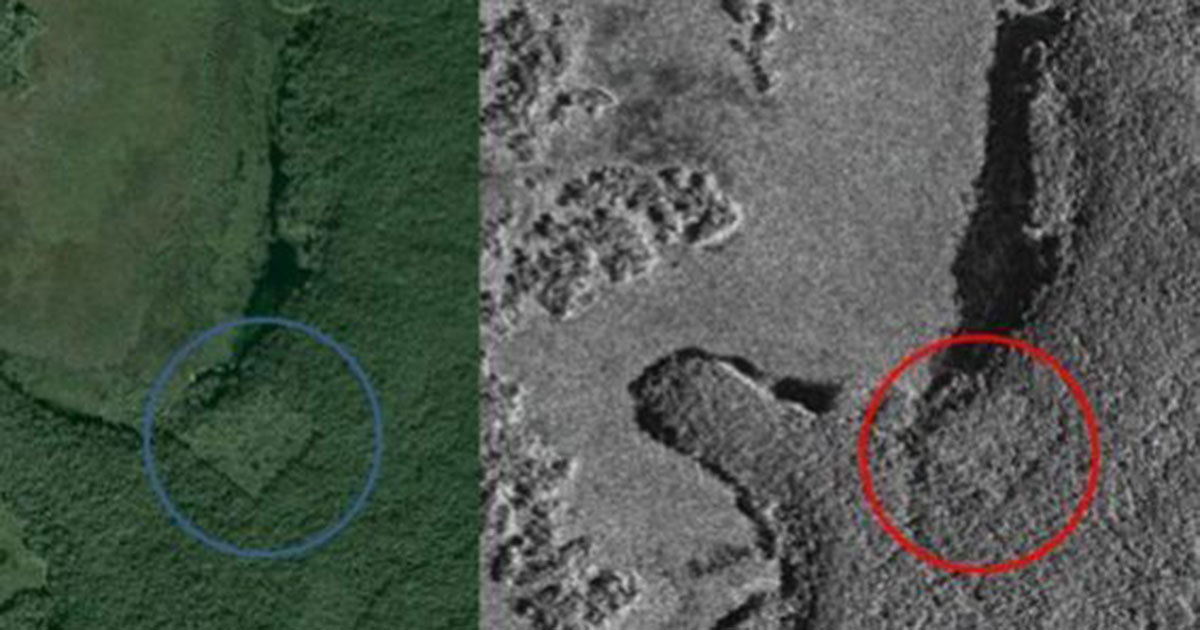 Sometimes it takes the fresh thoughts and creative ideas of an outsider to figure out an unsolved mystery. But the idea that a 15-year-old schoolboy could help highly trained, experienced scientists is one that not many people would take seriously. Still, that’s exactly what happened when Canadian teen William Gadoury, 15, began rummaging through satellite images of Latin America. What did he find? A forgotten Mayan city in the middle of the jungle on Mexico’s Yucatán Peninsula. William was in his bedroom studying the sky when he thought of investigating how various Mayan cities were placed in relation to constellations…

The Mayans created one of the most enigmatic and mysterious civilizations ever to exist on earth. They lived in parts of what is now southern Mexico, El Salvador, Belize, Honduras, and Guatemala. Though their civilization peaked around the year 250 AD, its effect on the culture of the area can’t be overestimated. And even today, remnants of stunning Mayan buildings and temples remain.

Scientists have long debated the cause of the empire’s collapse and archaeologists have been looking at the Mayan forgotten cities for hundreds of years. Now, they have received help from a most unexpected place.

15-year-old Canadian schoolboy William Gadoury had an amazing idea. He had a hunch that the Mayan people built their cities in places that aligned with the constellations in their system of astronomy.

With the help of 22 different star constellations, William managed to find 117 Mayan cities that lined up exactly in line with the stars. When he came to the 23rd constellation, he found a star that didn’t fit in with any previously detected towns. This, of course, attracted the curious boy’s interest.

Using images from the Canadian Space Agency and maps on Google Earth, William found the place where a city should be.

These pictures show what could be a great pyramid similar to those found in most other Mayan cities. The area in the Mexican jungle also appears to include linear structures in the form of a city.

William, who himself dreams of becoming a scientist one day, describes how he felt:

“The Mayans were extremely good builders, but they often built in places that made little practical sense—far from rivers, far from fertile areas. It seemed strange for a civilization that was so intelligent. I knew they were good at astronomy, so I tried to make the link,” William told CBC News.

The satellite images have not yet been verified, but if they are correct, the city would be one of the largest that the Mayans built. William was asked if he wanted to name the city and answered “yes.” He chose the name K’aak Chi, or “Mouth of Fire.”

The secret city is in an inaccessible jungle area, which may explain why no scientists had previously discovered its existence.

William hopes to see the ruins at some point, even if an archaeological survey of the site will require a lot of work and funding. Researchers from New Brunswick University plan to visit the city and have promised to bring William along.

Isn’t it awesome that a 15-year-old kid made this sensational discovery? Share if you agree.
Published by Newsner, please like