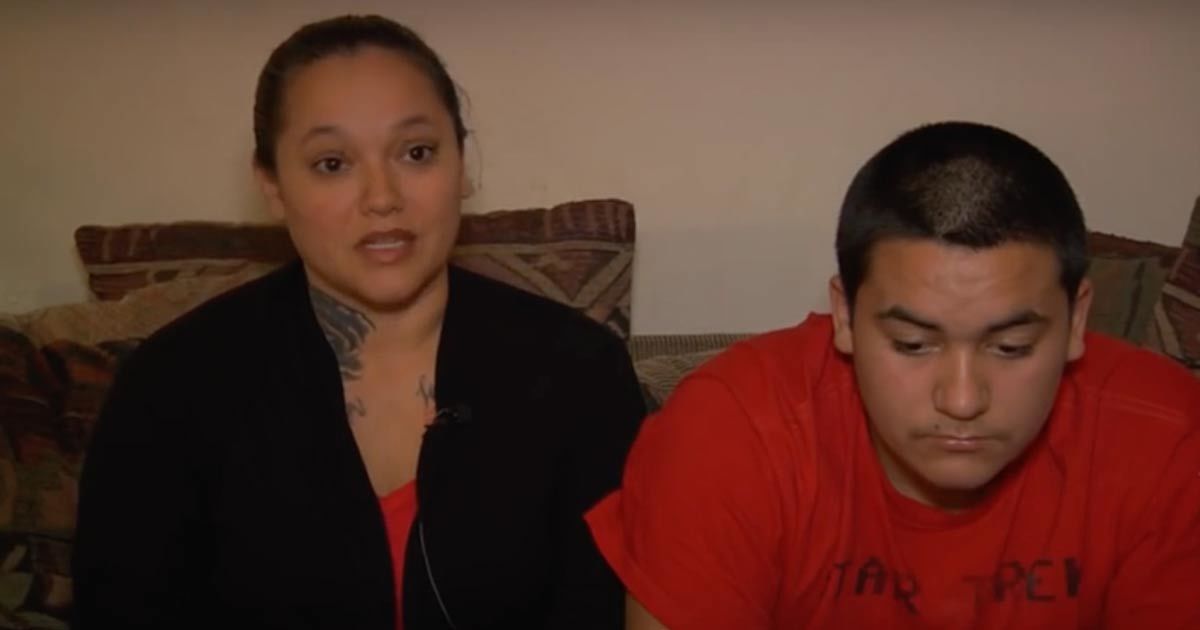 15-year-old Anthony Ruelas attends middle school in Texas. Recently, when one of his classmates was in desperate need of help, he did something that has since had tens of thousands praising him. One day in class, Anthony noticed that one of his friends, who is asthmatic, was having problems breathing and was clearly not feeling well. The teacher asked everyone to sit tight because she’d sent the nurse an email notifying her of the student’s situation. But Anthony couldn’t sit still while watching his classmate suffer. He decided to take action. He picked up his classmate from the floor where she’d since fallen and carried her all the way to the nurse’s office. There, she received care and medication, which ultimately saved her life. Anthony’s brave and quick response saved his classmate’s life and his actions have been hailed by many. But the story also took a rather strange turn. Shortly after the dramatic incident, he received a letter at home…

It was at the middle school Gateway in Texas that the dramatic events took place last week. One day in class, a student began to experience severe problems breathing.

Oddly enough, nobody reacted. The teacher asked everyone to sit tight and explained that she was waiting for an email with instructions from the school nurse.

For three minutes, the student struggled with feeling nausea and difficulty breathing. Eventually, student Anthony Ruela had enough and acted against the teachers’ orders. He picked up his classmate and carried her to the nurses’s office.

Without Anthony’s rapid reaction, the girl may have lost her life. Once at the nurse’s office, she swiftly received appropriate care.

But surprisingly, rather than receive praise and gratitude from the school, Anthony was punished. The 15-year-old’s mother, Mandy, says she was shocked when she received a handwritten note from her son’s teacher.

“Because it’s an alternative school, they hear enough of they’re “bad” and not behaving correctly. And for them to not be rewarded for doing something that really is brave [is wrong]… He is a hero to me,” Mandy told a local news channel.

Here is part of what the teacher wrote:

“During 5th period, another student complained that she couldn’t breathe and was having an asthma attack. As I waited for a response from the nurse, the student fell out of her chair to the floor. Anthony proceeded to to go over and pick her up, saying, “F*** that, we ain’t got time to wait for no email from the nurse.” He walks out of class and carries the other student to the nurse’.

Anthony was suspended from school for two days, for walking out of class without permission. Anthony however regrets nothing. He says he would do it again.

One person who certainly was grateful for the youth’s efforts was the girl herself. She sent Anthony a message following the event and thanked him, adding in that she was doing well. strong>

Personally, I think the teacher’s behavior in this story is rather ridiculous and it is she who should be suspended from school. Please share this story if you think that Anthony did the right thing!