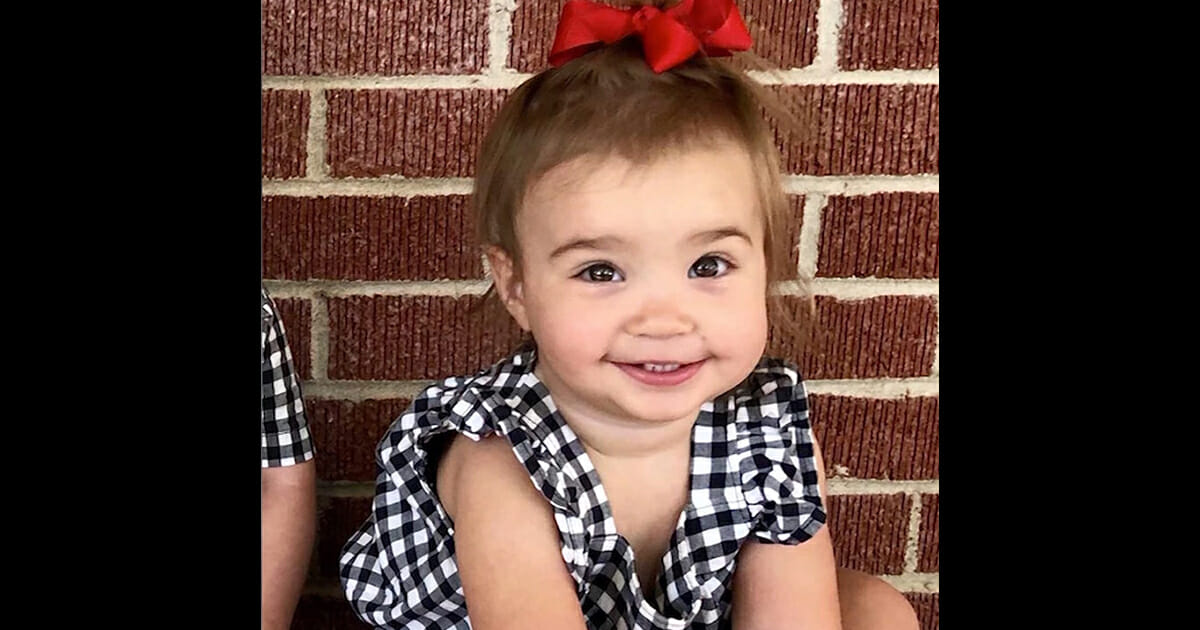 A 17-month-old baby injured by shrapnel during the shooting rampage that took place in West Texas on Saturday is set to undergo surgery today.

According to reports, Gov. Greg Abbott confirmed in a statement that little Anderson Davis was one of those injured during Saturday’s ordeal. She was hit by shrapnel that tore through her lip and tongue and knocked her teeth out. She was also hit in the chest.

Gov. Abbott read a text message from Anderson’s mom: “Thank you all for praying, this is all of our worst nightmare. But thank God she’s alive and relatively well.

“Toddlers are funny because they can get shot but still want to run around and play.

This beautiful 17 month old baby girl, Anderson Davis, was shot in the face with an AR-15 today in Odessa, Texas.

For what? FOR WHAT?!

5 were people killed, 21 injured in another mass shooting, in ANOTHER WHITE MALE DOMESTIC TERRORIST ATTACK

LOOK AT HER! SHE IS A BABY ? pic.twitter.com/Eoj5l8AQ5v

“She says that, ‘We are thanking God for that. Her mouth is pretty bad, but that can heal and can be fixed. Thankfully it doesn’t seem that her jaw was hit. Just lip, teeth and tongue. She’s having surgery tomorrow to remove the shrapnel from her chest and to fix her lip and mouth and to get a better look at her tongue. We are thanking God for healing her and appreciate continued prayers.'”

Abbott confirmed that doctors will perform surgery today (Monday, September 2) to remove shrapnel from Anderson’s body. It is expected that should all go well she will be reunited with her twin brother soon.

Anderson Davis, suffered shrapnel in her chest and has a hole through her bottom lip and tongue after being shot in the face. She is 17 months old. Her twin brother waits for her to come home from the hospital. How many more dead and wounded before Mitch gets up off it and acts? pic.twitter.com/cknCaOoNJE

The ordeal on Saturday began when a man was stopped for a traffic violation. He thereafter went on a shooting spree as he drove down the highways, firing at random, killing and injuring many.

The alleged gunman was eventually shot dead by police, bringing the total death toll to eight.

CBS News identified the shooter as 36-year-old Seth Ator, who later died in hospital in Midland after a shootout with police outside a crowded movie theatre.

We’re sending all our thoughts and prayers to the victims of this mindless rampage.

Share this article to show your support for little Anderson Davis as she undergoes surgery.