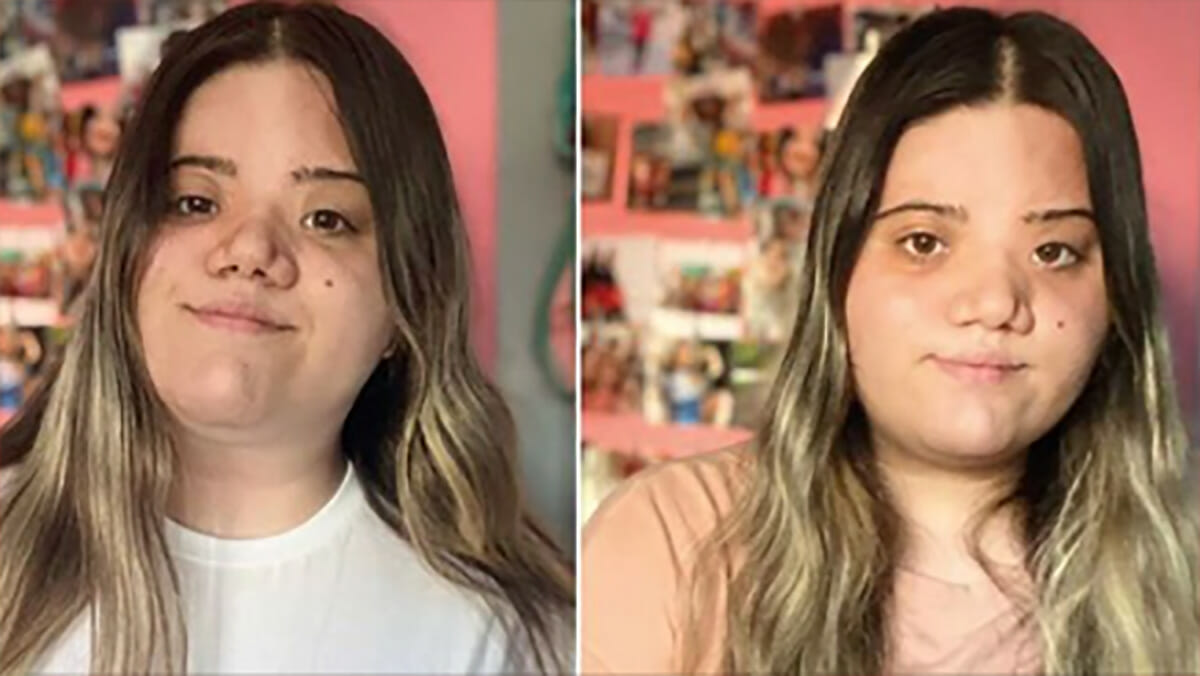 The world of social media can be a cruel one where every picture, video or post is a prime target for comments.

For the lucky ones it can be a positive experience which helps boost morale and reminds them they are loved. But for many it can be a world of hate and hurtful comments.

Often these comments are made by cowards who hide behind a computer but their words can have a detrimental effect on a young mind.

In the case of Inma Franco she was the target of thousands of hurtful comments due to her appearance.

The 20-year-old from Extremadura, Spain, often gets the same question from her followers online: “What happened to your face?”

Inma has a condition called Saethre-Chotzen syndrome which causes a premature fusing of the skull so affects the shape of the head and face.

She grew so tired of being asked the same question she decided to address those that feel they had a right to be so rude and her response has gone viral.

She said she had joined TikTok as she was tired of the hurtful comments on her other social media platforms. Since lockdown more people have joined the video sharing social network and the hateful comments have also started on there too.

Inma called out the people who “think that those who expose themselves to an audience should be perfect.

“You do not know what it is to go down the street and they laugh at you for your face, for everything,” she said in tears.

‘Those small comments that seem harmless are the ones that hurt the most.

“You do not know the amount of videos that I never got to upload to YouTube due to insecurities.”

“The most important thing to be happy is to love yourself as it is with all its defects and insecurities. Thank you ♥ ️ and please, before commenting, think carefully about what you are going to say because you do not know how your comment may affect that person.”

Her post was met with many comments of support and her video has gone viral on TikTok, with around 1 million people watching.

Spanish celebrities such as writer and actor Brays Efe commented: “Inma, don’t let anyone tell you that they are defects, something defective is something that does not work,”

“Beauty is an opinion and here what matters is what you think. And the scars are not defects , they are medals that you have fought and won. I admire you,” he said according to Spain’s ABC News.

Fellow actor Victor Clavijo said Inma’s video showed she was a “strong, brave, sensitive and intelligent woman,” according to the news site.

Inma makes some valuable points about the way people are treated on social media as if only looks count. I’m glad her video has gone viral.

Please share to show your support for this brave, beautiful and inspirational young woman.