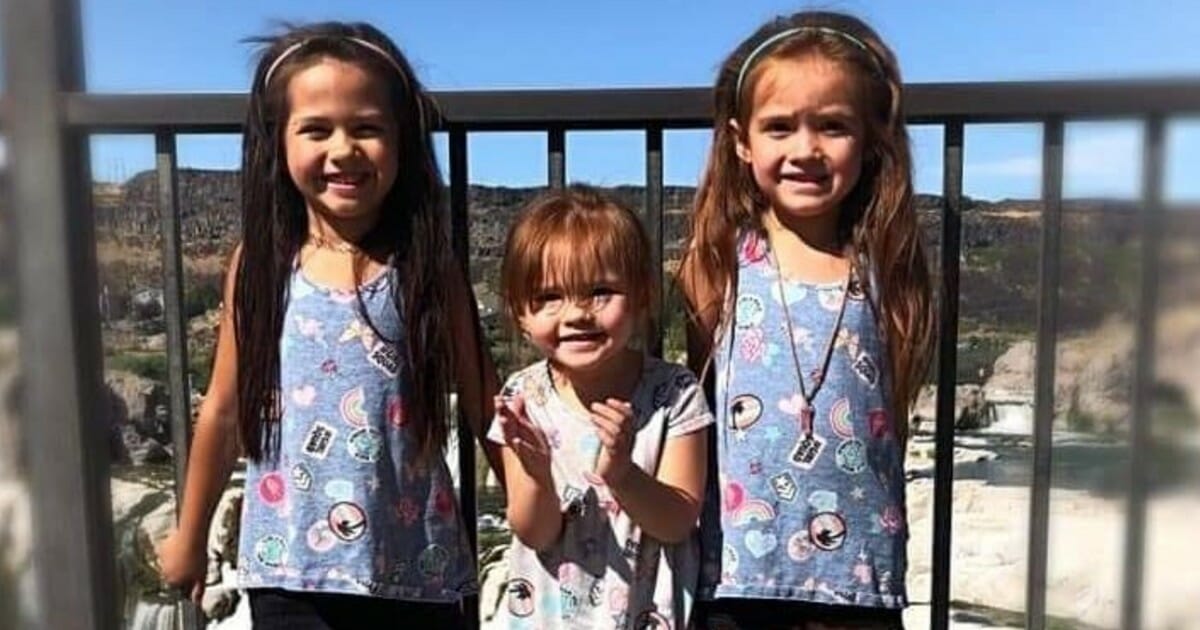 Three young sisters were killed early Saturday morning in central Idaho, when the car they were riding in was struck from behind by an alleged drunk driver. The girls’ father, who was driving, and his fiancée were also in the car and sustained injuries.

The driver of the other vehicle, Matthew David Park, appeared uninjured.

Somchai Ray Lee Lurak, 26, and Emma Weigand, 26, were heading home from a family trip according to KTVB, when Park slammed into the family’s sedan as they were stopped at a temporary traffic light.

Aneena Lurak, 6, and Kya Lurak, 5, died at the scene, while their youngest sibling, Drayka Emyka Rayshell, 3, was rushed a the hospital where she later died of her injuries. All three girls were strapped into car seats.

“It’s a hell I would not wish upon anyone,” Jessica Jones, Emma’s sister, told KTVB. “They were the sweetest girls ever.”

As Somchai and Emma continue to recover in a Boise hospital, their families have expressed their anger with the drunk driver who took the three sisters’ lives.

“When I heard that he admitted to drinking and getting in the vehicle, I’m angry. I’m angry. I want him to get the max,” Emma’s mother, Sharron, said. “He’s destroyed so many lives and he’s taken three beautiful girls that no longer have their lives ahead of them and they had everything ahead of them.”

At the time of the accident, police reports indicate that 46-year-old Park showed signs of intoxication. He was arrested after a field sobriety and breathalyzer tests. The results of his breathalyzer tests were .145, .191, and .189–the legal limit in Idaho is .08.

During his initial arraignment, Park admitted to visiting several bars prior to the accident and drinking more than a dozen beers in a 12-hour time period.

Bond was set at $400,000. He faces up to 75 years in prison for three felony charges of vehicular manslaughter and two charges of aggravated DUI.

Park had one prior DUI.

As the victims’ families continue to grieve and heal, Sharron hopes that others can learn from their tragedy.

“There is no reason for anyone that has been drinking to get into a vehicle,” she said. “You’re not [just] putting your own life at risk, you’re putting other drivers’ lives at risk, and children’s lives at risk.”

A GoFundMe has been set up to help the families cover medical and funeral costs for their “precious angels.”

When will people learn that they shouldn’t drink and drive?

Share this if you think this man should get the maximum sentence.