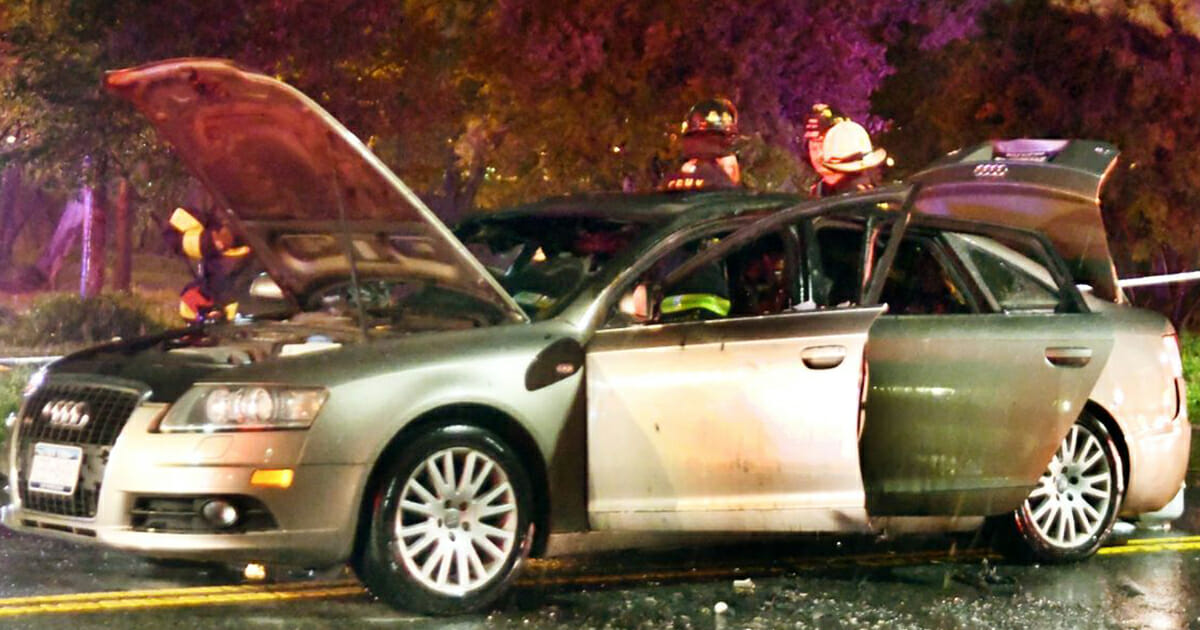 A girl has died after being left in a locked burning car on the streets of New York.

Reports claim that the doors were chained shut.

3-year-old Zoey Pereira, from Queens, was pronounced dead at Jamaica Hospital, according to The New York Times.

Emergency workers found Zoey inside a 2008 Audi Quattro around 9 p.m. near the intersection of Rockaway Boulevard and Baisley Boulevard, a short distance north of Kennedy International Airport.

According to reports, her father had fled the scene in flames, dousing himself in a nearby pond where first responders found him.

He was later transported to Jamaica Hospital and treated for burns while remaining in police custody.

“I heard a boom, like something explode. When I came out, I saw smoke,” said Lisa Silvera, 50, a witness, told the NY Daily News.

“He was on a stretcher, he’s burned,” Silvera told the Post. “He looked white. So burned. With a mask on his face.”

The doors had been chained shut from the inside, law enforcement sources say.

Officials found the car burning, with windows shut, and saw one gas canister in the street and another on the back seat.

Three-year-old Zoey Pereira was found on the backseat of the car, fire officials said.

Because of the heat from the fire, the handle had melted and released the latch, allowing firefighters to open the door and pull the girl out.

According to both the Post and Pix11, sources said that the back doors of the cars were chained shut.

But investigators have not determined how or if they were used, the police said.

Zoey lived with her mother in Jamaica, Queens.

The mother and the father of Pereira were not married and were in the midst of a bitter custody battle, sourced told PIX11.

A 3-year-old girl died in a Queens car fire. Cops are questioning a person of interest.