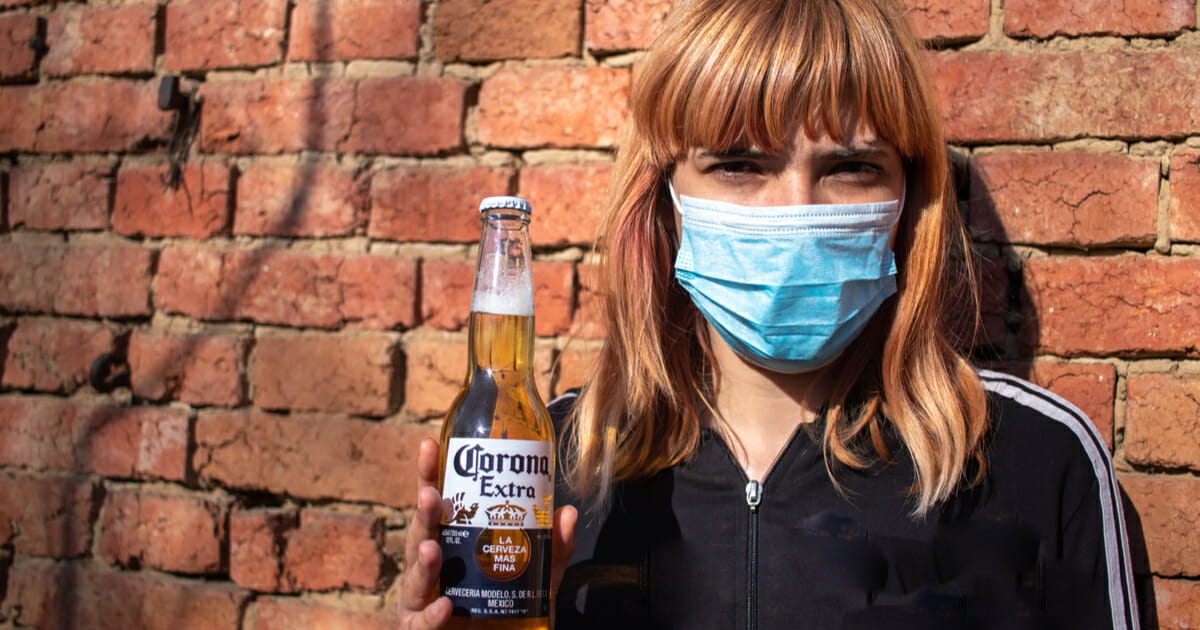 When news of the coronavirus outbreak first spread, many people had serious concerns about a global pandemic.

But other people—namely, we beer fans—responded a bit more jokingly, making puns about Corona beer:

Obviously, there is zero connection between this deadly virus and the sweet summery taste of a lime-flavored beer. They could not be more different, really.

But it’s possible we’ve all taken the jokes too far, and apparently there are now plenty of people who sincerely think you can contract the coronavirus from a Corona.

According to WFLA, 38% of beer-consuming Americans said they would not buy a Corona in light of the outbreak, and 16% were confused about whether or not it was related to the disease.

This is based on a survey by 5W Public Relations, who surveyed over 700 people by phone.

They say there’s no such thing as bad publicity, but it turns out just having a similar name to the news-making outbreak has actually hit the beer brand in a real way. Data from YouGov shows positive consumer interest in Corona dipping just after news of the coronavirus hit.

“While the brand has claimed that consumers understand there’s no linkage between the virus and the beer company, this is a disaster for the Corona brand,” 5WPR Founder and CEO Ronn Torossian told WFLA.

“After all, what brand wants to be linked to a virus which is killing people worldwide?”

It looks like Corona will have to just weather this storm of bad PR… at least until something like “Dos Equis Fever” starts spreading around the world.

The coronavirus has been infecting thousands of people around the world and causing the stock markets to tank, but scaring people away from beer? Now that’s going too far!