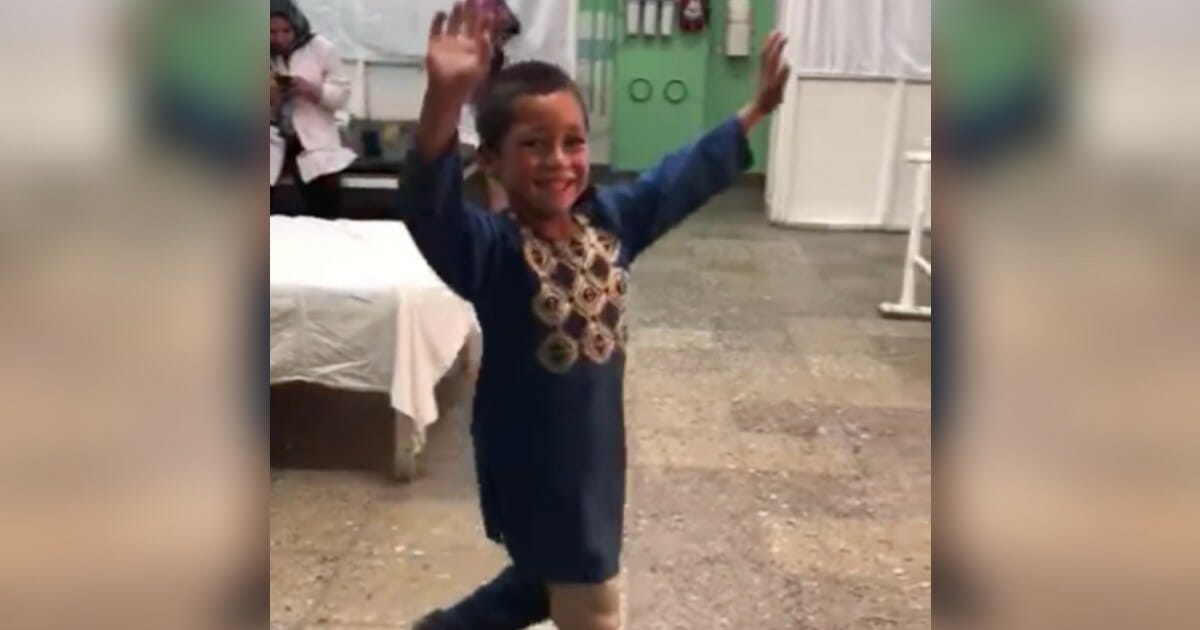 Sayeed Rehman was only 8 months old when he and his family encountered a landmine.

“We live in an area where the Taliban are strong and there are lot of battles between the Afghan forces and the insurgents,” his mother, Raesa told NPR.

Sayeed and his older sister survived with injuries, while Raesa’s brother and nephew were killed.

Raesa rushed her injured children to a nearby clinic, where Sayeed spent a month and had to have his leg amputated.

“[He] came to our center in Kabul in December 2013 when he was approximately 10 months old,” Dr. Alberto Cairo, the boy’s doctor said.

Over the course of several years Sayeed learned to walk using a combination of crutches and a prosthetic. Even though he may have looked different, to him that was all he knew.

“At that age the prosthesis becomes part of the body without the child almost noticing, which is an essential step for a regular physical and mental development,” Cairo said.

The viral video, which was recorded by one of Sayeed’s physiotherapists at the ICRC Orthopaedic Center in Kabul, shows the 5-year-old boy’s reaction to receiving his new prosthesis.

The smile on his face says it all. 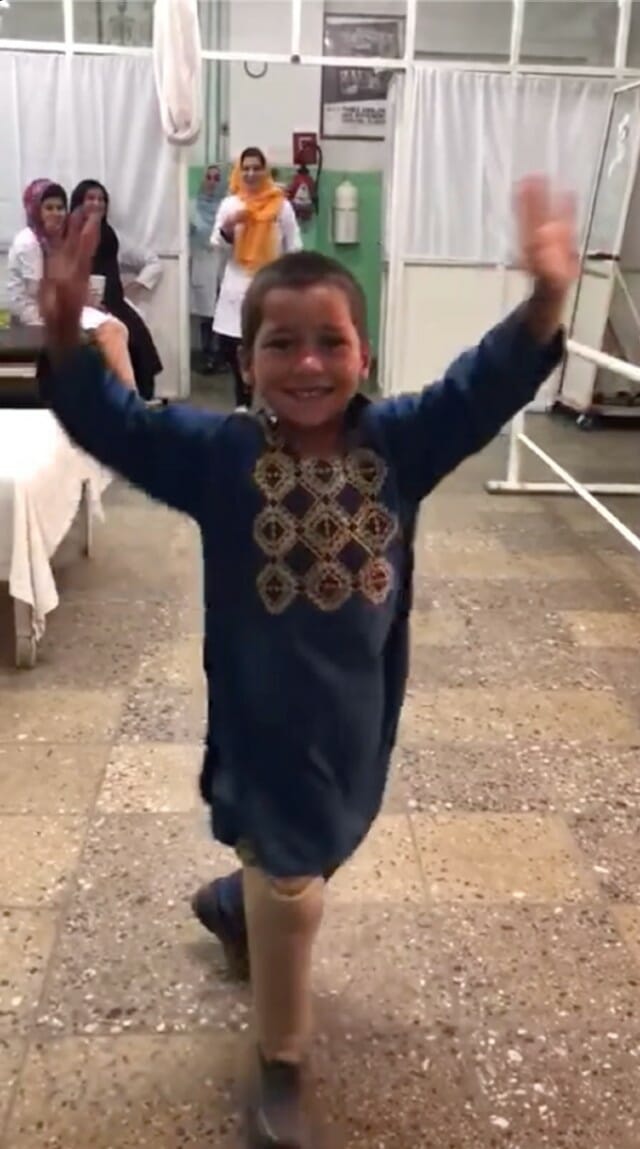 “The physiotherapists working with him say that he is a very easy patient, fast in learning, doing whatever he has been asked to. He is a happy and sweet boy,” Cairo said.

Over the past 30 years, more than 100,000 people have received artificial limbs at the Kabul center. Heather Barr, senior researcher at Human Rights Watch, hopes that this adorable video will bring some awareness to the issues affecting children just like Sayeed.

Share this article to not only spread Sayeed’s joy, but also bring awareness to the violence that Afghans are suffering every day.