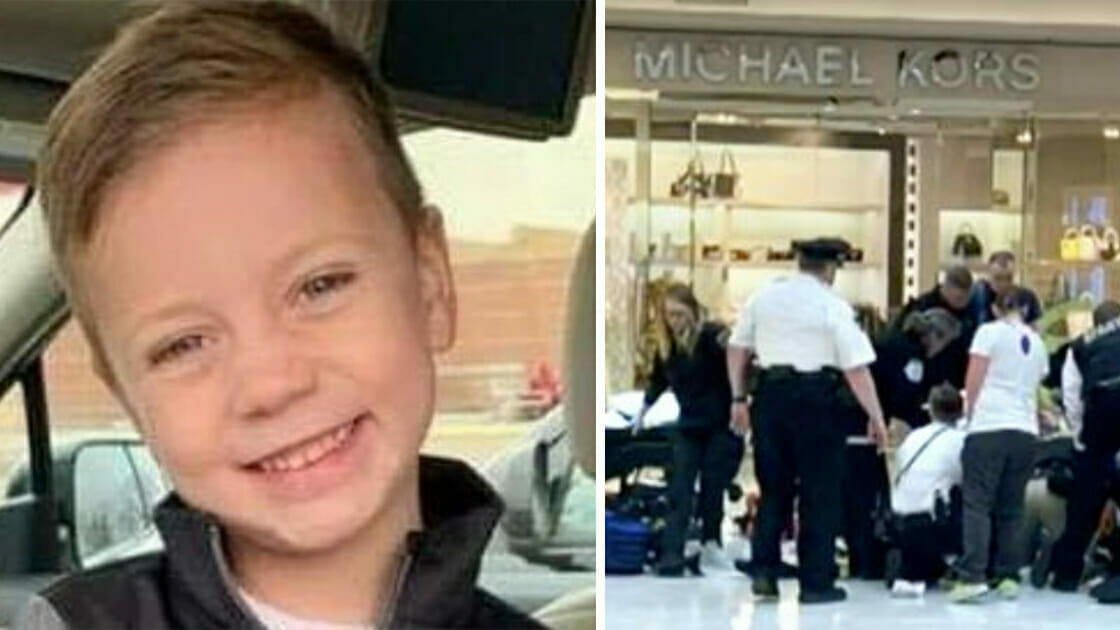 The family of the 5-year-old boy thrown from a third-floor Mall of America balcony are thanking Jesus as he continues to show signs of recovery.

Landen Hoffman suffered severe head injuries, as well as broken arms and legs, but he’s thus far defied the odds. He is now walking and back in school, according to the family’s GoFundMe page.

“He is now walking perfectly with even legs, amen. The wound has finally scabbed over and new skin is growing, and we are still optimistic he will be off some of his medications soon,” the latest post read.

“He loves being back to school and going to kindergarten at the same school his twin brother and sister go to. He gets out of the car every morning happy and blows kisses all the way in.”

In September, Landen’s family announced that that he had completed inpatient rehabilitation and left the hospital.

The 5-year-old required multiple surgeries for head trauma and broken bones in the aftermath of the attack. He’ll also need multiple follow up appointments at the hospital in December.

“Landen knows people all over the world are praying for him and he loves all the cards he keeps getting in the mail,” his family said.

“His whole family feels the love and are so grateful for the prayers and people like you who care so much about others! There was one bad person, but from that came millions of good people.”

The man responsible for the attack, 25-year-old Emmanuel Aranda, was not known to Landen’s family, and allegedly told investigators that he had headed to the mall on that day simply “looking for someone to kill.”

Aranda was charged with attempted premeditated murder in the April 12 incident. After pleading guilty in May, he was sentenced to 19 years in prison.

I have been thinking about Landen and praying for his full recovery since this happened!

God bless this sweet boy, I’m so happy he’s made such a great recovery!