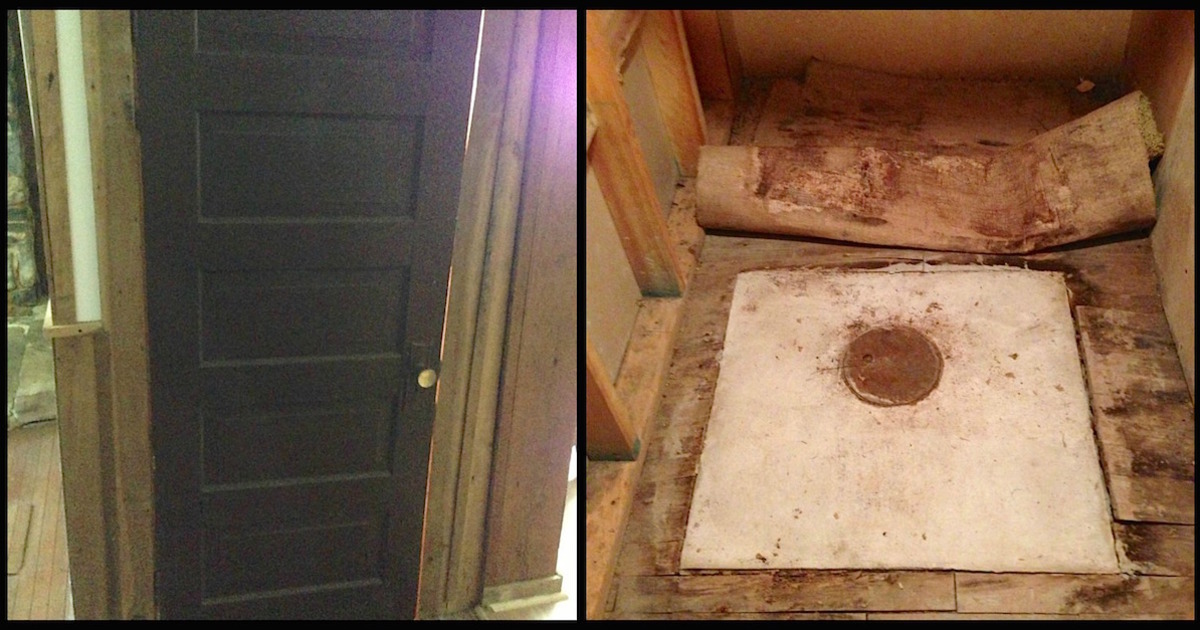 Discovering something from the past is exciting in itself, but when the discovery is linked to your own family, it really becomes interesting.

Reddit user “EvilEnglish” remembers his grandparents warmly—his grandmother used to read him “Treasure Island” when he was a child.

The story sparked his imagination and he dreamed of finding his own treasure one day.

But he hardly suspected that that treasure he would find would have been there the whole time… buried right under his feet.

When his grandparents passed away, they left behind their house in Tennessee. EvilEnglish inherited it and while helping clean it, he discovered something under a dirty closet carpet.

He knew he should throw out the musty old carpet, but when he pulled it up, he made an astonishing discovery.

Under the carpet was a secret hatch…

Reddit user “EvilEnglish” made the discovery while cleaning out his grandmother and grandfather’s house.

It all started when he opened one of the closets.

Behind a closet door, he found a dirty, smelly carpet that he wanted to get rid of right away.

When he pulled up the carpet, he saw a strange metal hatch in the floor.

Upon further inspection, he realized there was some kind of combination lock installed in the floor.

First, he tried to pick the lock on his own, but he couldn’t do it, so he called a locksmith, who was finally able to break the lock.

Now, it was time to open up the door and discover what was hidden under there…

EvilEnglish says his grandparents were avid collectors, so he knew the hidden compartment would be filled with interesting things… but he couldn’t believe what was actually there.

Scroll down to see what he found…

At first, he saw only a bunch of rusty, water-damaged boxes.

But under all the dust and dirt, he found a time capsule from the 1930s.

Among other things, found a coin collection book from 1937—with all the coins in mint condition.

And the more he dug, the more coin collection books he found.

Here is just some of what he found hiding under the floor.

He also found several old bills in the cache…

But mainly, the hoard consisted of hundreds of coins.

Several of the coins was both rare and in very good condition.

He even found some old guns and watches…

And finally, a box full of tools. Or so it seemed…

Well, actually, it was a rusty box full of jewelry!

And the icing on the cake was several silver bullion bars.

A user on the same reddit forum, who is a coin enthusiast, said that collectors would be very interested in the coins.

But perhaps even more valuable is the memory of his grandparents, who left behind all of these cool things.